The Advanced Micro Devices company was established in 1969 with the intent of manufacturing semiconductor memory. Four years later, in 1973, they started to make CPUs. AMD has since become one of the world's largest manufacturers for CPUs and GPUs.

As mentioned above, the company primarily manufactures processors. Some of their most successful devices include: Athlon X4 845, FX Series Processors, A-Series Accelerated Processor Unit (APU), and AMD Radeon Graphics.

Advanced Micro Devices was ranked 64th in Forbes's 2017 America's Largest Private Companies list. As of 2018, they have a revenue of $5.48 billion USD.

The company was founded by Jerry Sanders III, John Carey, and Ed Turney on May 1st 1969 in Sunnyvale, California. It is currently headquartered in Santa Clara, California. 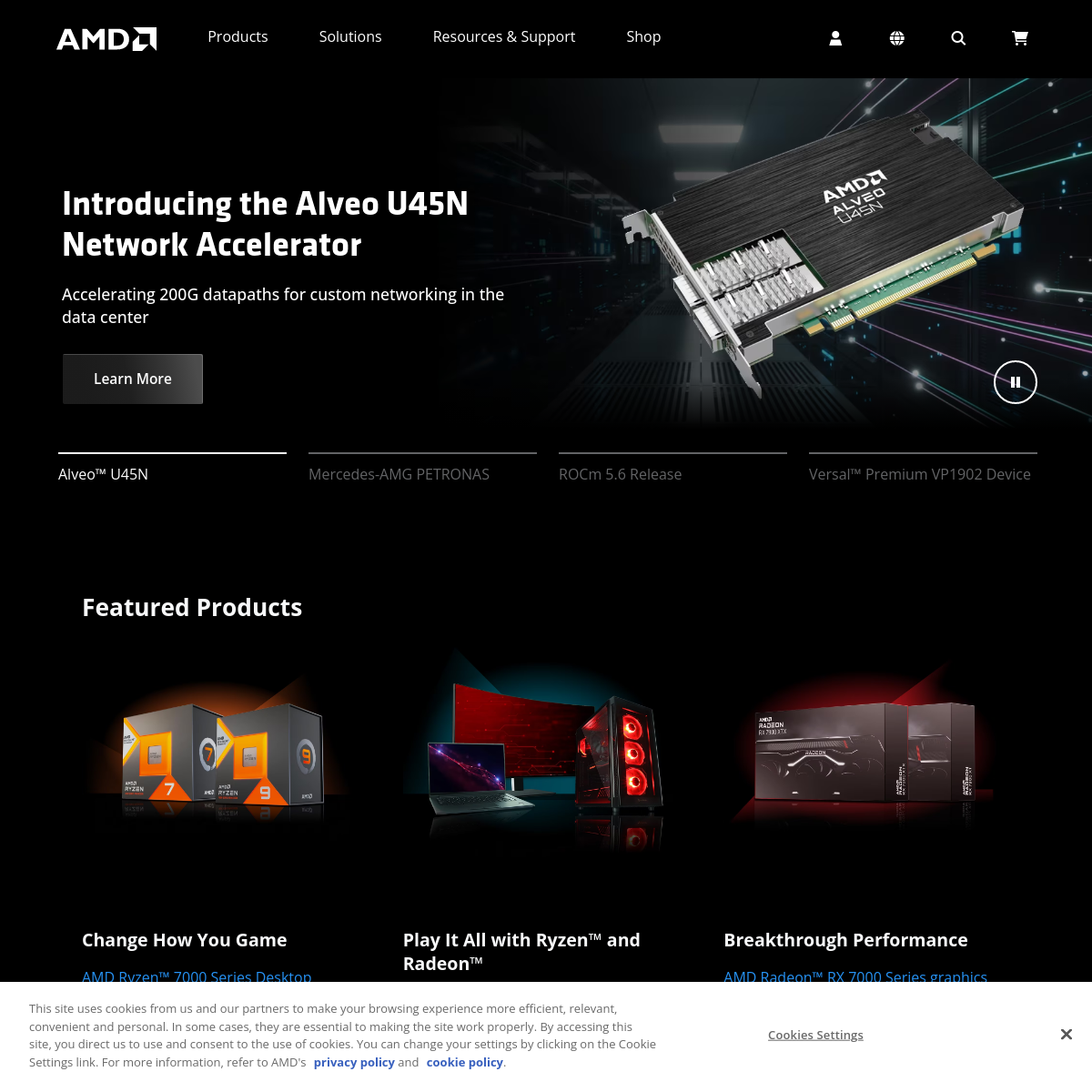