Headquartered in Columbus Ohio, it is the first energy company to use coal-fired power plants to produce electricity in areas outside of Eastern United States. AEP's subsidiary AEP River Operations manages 52 dams across seven states - Alabama, Arkansas, Illinois, Kentucky, Louisiana & Mississippi. Quite impressive! Its annual generation capacity is about 10% of the delivered electric energy sold by the company each year. AEP employs approximately 12800 workers around US with total assets around $48 billion.

After servicing millions of customers for almost 100 years, AEP is still going strong and seems to be showing no sign of slowing down (so far). So what does this American Electric Power company do? Well, they're responsible for distribution of electricity in Ohio, Kentucky, Virginia and West Virginia. AEP's main responsibility is delivering electricity to their many customers across six states. 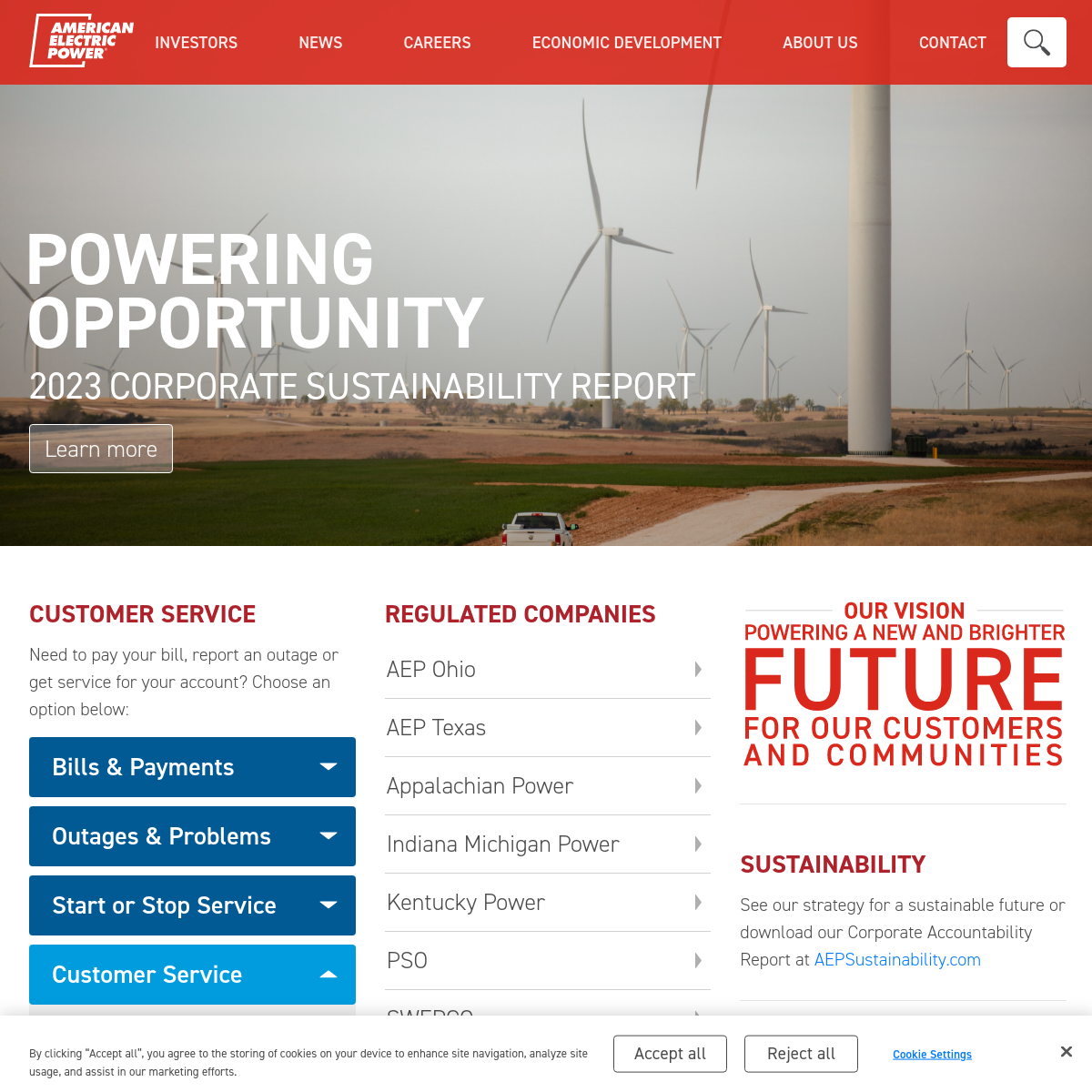