The American International Group (AIG) was founded in 1919 by Cornelius Vander Starr.

Cornelius Vander Starr was an insurance salesman who initially focused on the Pacific, with his first headquarters in Shanghai, China. When World War I broke out, he moved to New York City and renamed the business 'American Asiatic Underwriters'. The company had more than 100 employees by then. Today, AIG has expanded its commercial-insurance services into over 130 countries. It is present in Europe through ten national companies and its subsidiary General Insurance Company of America (GICA).

The history of AIG is closely tied to that of North America. It has therefore been hit hard by the financial crisis affecting the region today: around 80% of AIG's revenues are made in North America. The collapse of the American real estate market and the credit crisis led to a cash shortfall that forced AIG into an agreement with the US government on 16 September 2008, whereby it received a $85 billion rescue fund from taxpayers, who now own 80% of its common stock.

AIG is currently headquartered in New York City and employs around 67,000 persons worldwide. It has assets worth more than one hundred billion dollars and operates more than 100 subsidiaries under three divisions: General Insurance; Life & Retirement; and Financial Services. In fact, AIG owns many famous brands such as Allstate Insurance Company or American General Life Insurance Company as well as several others. 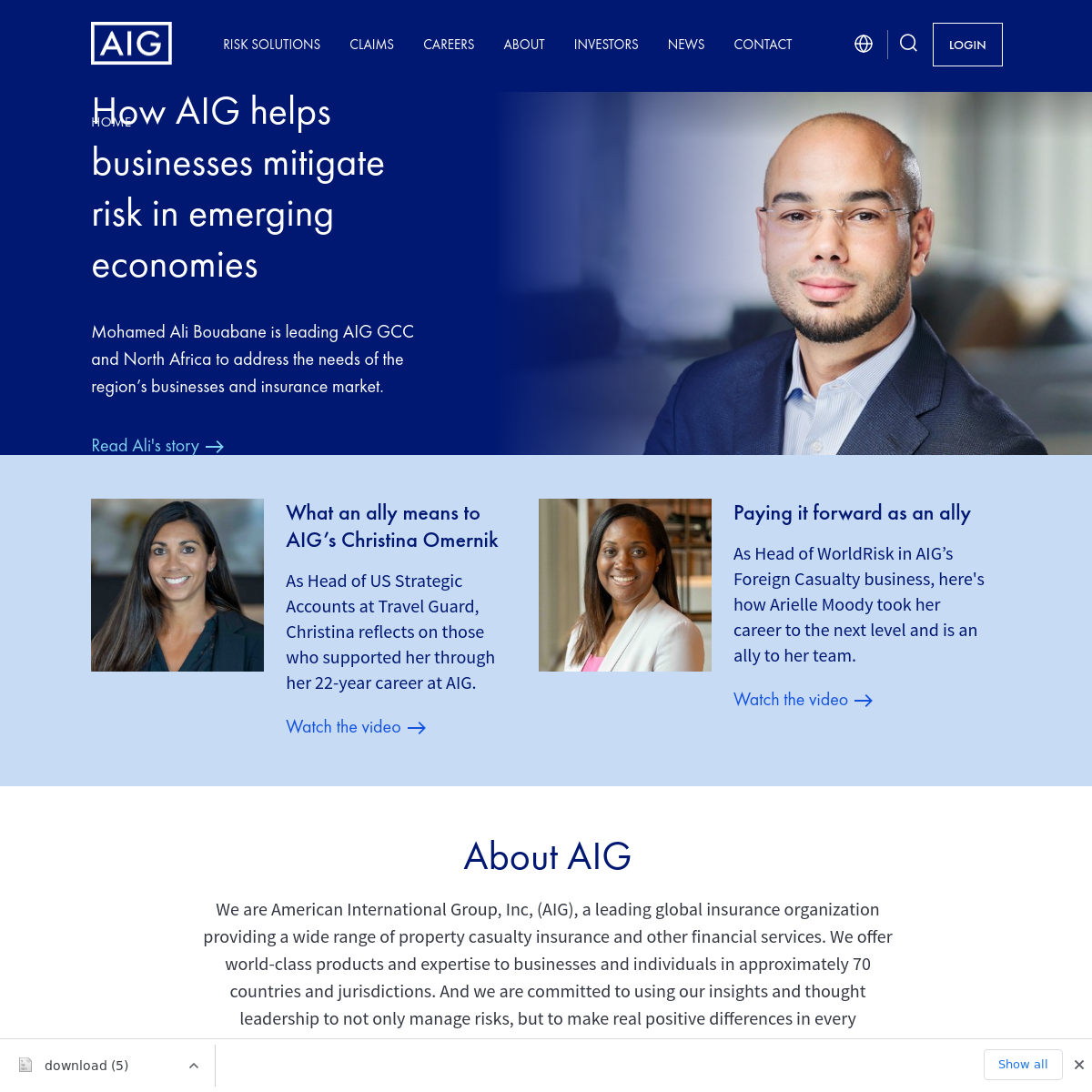