Baker Hughes is a company that provides oilfield services for petroleum companies. It's headquartered in Houston, Texas, USA.

Baker Hughes was founded in 1908 by Walter Scott Baker and Herbert A. Hoover (who went on to become the 31st president of the United States). The company grew steadily through the 1950s and 1960s.

In 1982, the company was acquired by General Electric Company (GE), and Hoover retired. His successor as CEO of Baker Hughes, Jim Kinnear, increased the number of GE managers who were sent to run the company.

The majority of Baker Hughes' growth since its acquisition by GE has come through major acquisitions. This includes buying the Gulf Marine Drilling Company in 1984, Northern Engineering Company in 1989, Kvaerner Oil Tools in 1993 and Western Atlas on August 2, 1998.

In 2002 Baker Hughes became an independent company once again when GE sold it off - although 40% of its shares were retained by GE. This was not the end of major acquisitions for the company, as it bought Smith International in 2003 and BJ Services Company in 2004.

Today, Baker Hughes is the third largest oilfield services provider behind Schlumberger and Halliburton. It has over 100,000 employees working at more than 2,000 locations across 80 countries worldwide. 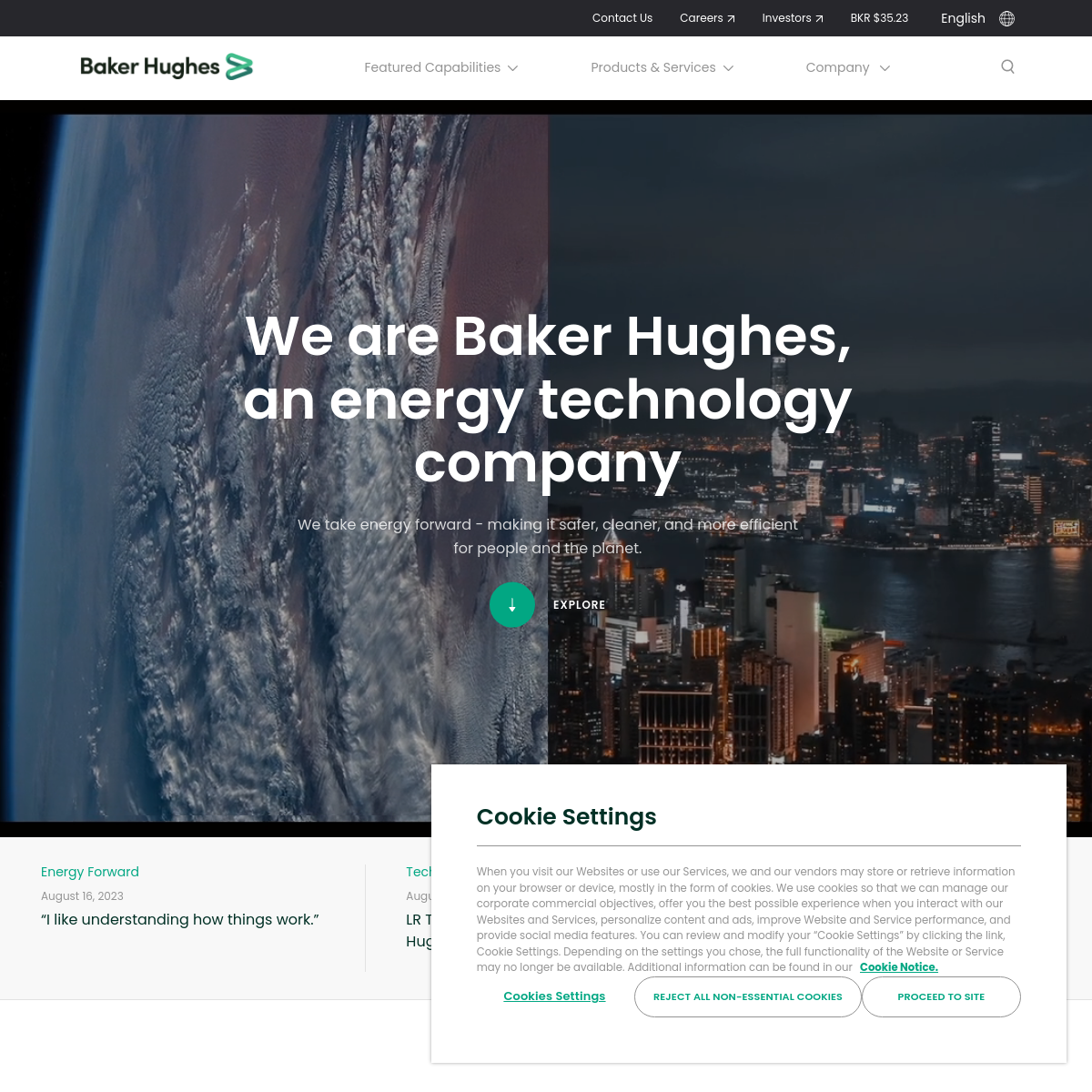