Did you know that the Bank of America logo goes through a redesign every decade?

Bank of America was established in 1904 and has been an active part of American financial history ever since. It is currently headquartered in Charlotte, North Carolina and employs over 200,000 people.

The bank's founders were Amadeo Giannini and Tevonne Whitlock. Giannini founded the Bank of Italy, which provided loans to Italian immigrants who did not have access to standard banking services. In 1927 it merged with another institution called Security Trust Company to form a new bank named Bank of America and Trust Company, later renamed to 'Bank of America'.

In 1954 it introduced a new logo based on a larger version of its original coat-of-arms logo. This heraldic-inspired design was a square with a shield on a red background and it had the bank's name written in black at the top of the square, between two pillars that have the words 'In God We Trust' engraved onto them. The name 'Bank of America' itself appears above this central part of the design.

The current Bank of America logo is based on their original 1954 design, but it has been modernized.

The Bank of America logo has been through many changes over time but its current look is certainly more refined than its predecessors, thanks to digital technology which now allows designers to create stylized images by hand that would have previously required complex machinery or multiple craftsmen to complete. 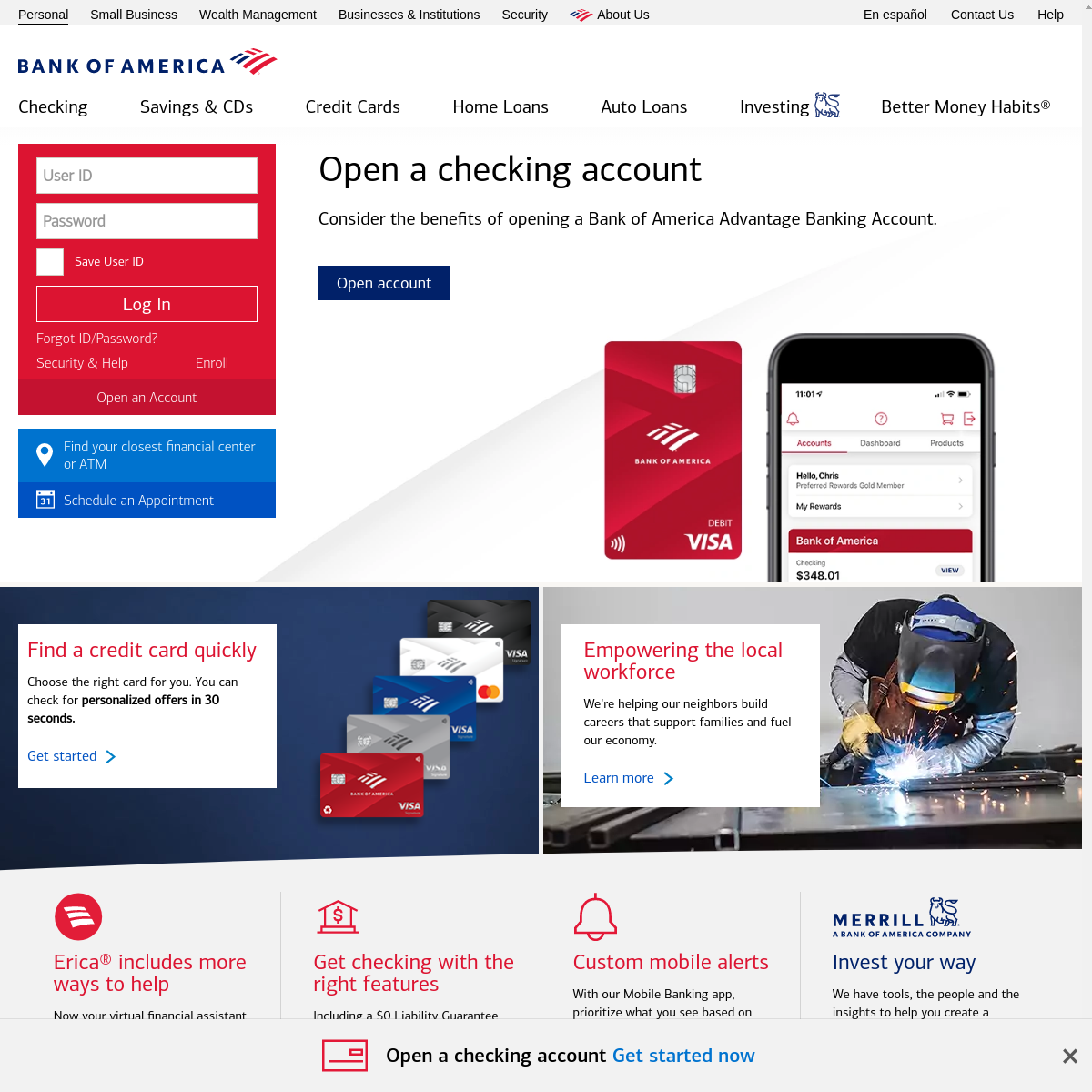