The Bank of New York Company, Inc. (NYSE: BK) has been around since 1784 when it was established in the city of New York by Alexander Hamilton, who later became the Secretary of the Treasury for President George Washington's administration after the end of The American Revolution. Over its two-hundred years in service, The Bank of New York has become one of America's oldest and largest financial institutions with assets equal to $190 billion. It is also one of only twenty companies listed on The Dow Jones Industrial Average today.

The Bank specializes in many types of banking services including retail, commercial and private electronic banking as well as investment management products through The Bank Of New York Mellon Corporation. Some notable facts about their different divisions are that they have a custodial bank in more than forty countries, a global sales platform with products in currencies and capital markets, and a loan servicing facility that services more than $50 billion in loans.

The Bank of New York is headquartered at One Wall Street/ 40th Street locations in New York City and is operating from over 1,700 offices worldwide. Their company's main goals are diversity and inclusion, community investment, environmental stewardship sustainability, ethical business conduct and integrity. They support these goals through their foundation The Bank of New York Community Partners program which collaborates with other not-for-profit organizations to provide financial literacy training through a series of seminars for local communities. 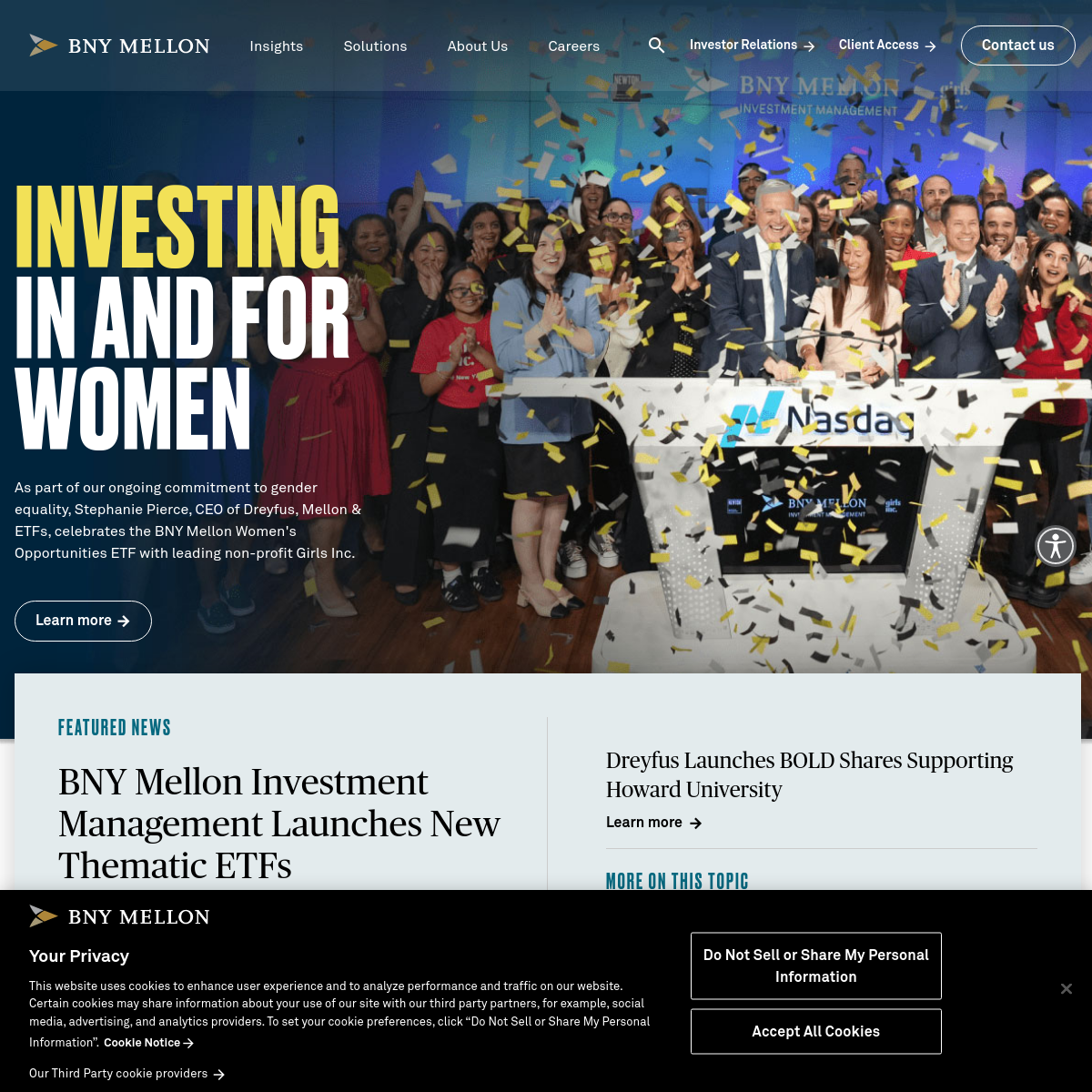