Baxter International, an American medical devices and pharmaceutical company, has its headquarters in Deerfield, Illinois. It is considered to be one of the world's largest producers of intravenous (IV) solutions and other hospital supplies, such as dialysis products. The company was started in 1931 by Donald Kendall Baxter with $5000 dollars.

Baxter entered the IV market when it acquired PaperClik Inc., which manufactured plastic IV containers. By 1933, the product line had expanded to include intravenous administration sets. In 1949, Kendall introduced its first disposable plastic IV container sets. They became popular because they eliminated sterilization procedures that previously had to be performed on glass containers after every use. 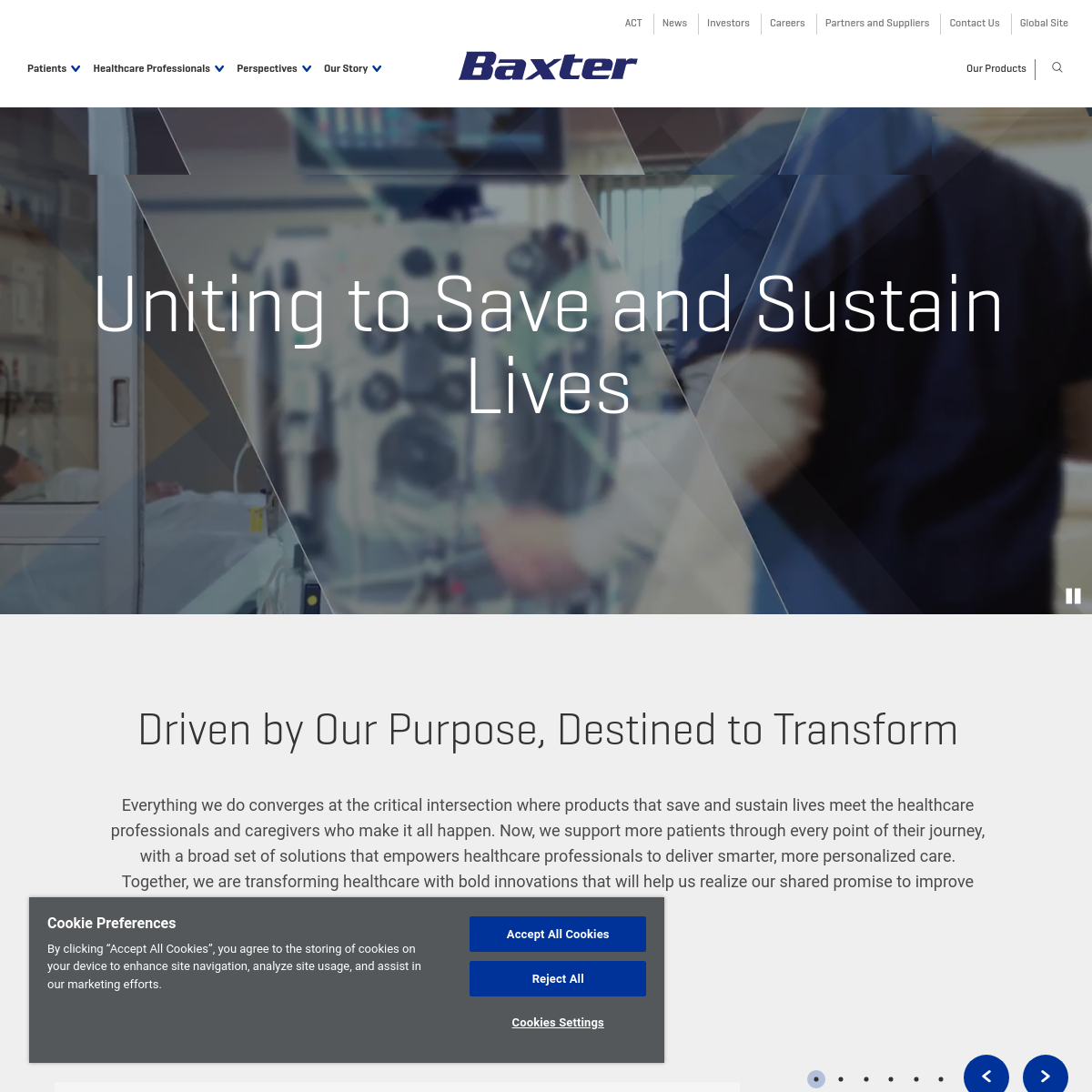