Brinker International is an American multi-brand restaurant company that owns, operates and franchises full-service restaurants under the names Chili's Grill & Bar and Maggiano's Little Italy. Brinker has its corporate headquarters in Dallas, Texas.

Brinker was founded in 1975 by Norman E. Brinker and grew to be a top 4-ranked multi-brand restaurant company until its sale to Roark Capital Group in December 2017.

Brinker International owns, operates and franchises more than 1,700 Chili's Grill & Bar restaurants in the US and 28 other countries. Brinker also is a partner in casual steakhouse brands Romano's Macaroni Grill and Maggiano's Little Italy. The company owns, operates and franchises more than 500 Romano's Macaroni Grill restaurants worldwide, with approximately 100 in the US, over 160 Maggiano's Little Italy restaurants domestically and more than 40 in Mexico, Central America and South America. 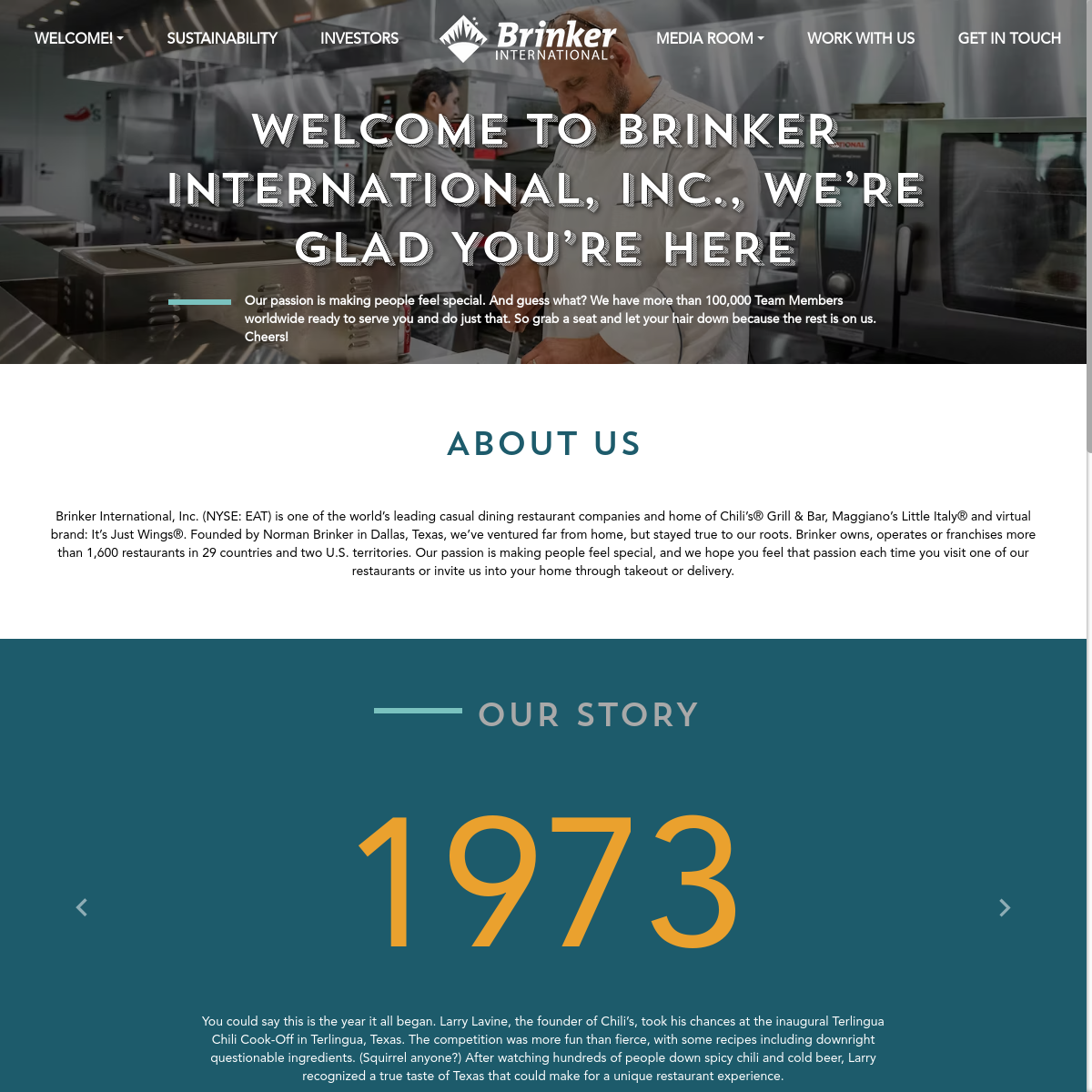