Burlington Coat Factory is an American retail apparel store company. It sells products at prices generally lower than most other major department stores, with its everyday low prices guaranteed to be at least 20% below the competition.

Burlington Coat Factory, or Burlington for short, was founded in 1972 by Bernie Cohen and Irv Kozy. As of 2018, it has over 300 locations throughout 45 states plus Puerto Rico and Guam. It mainly operates in strip-mall storefronts but also can be found in outlet centers and malls as well as the Burlington Coat Factory Warehouse format that opened in 1984 under which two-thirds of its business falls today.

The company's headquarters are located in Burlington Township, New Jersey. 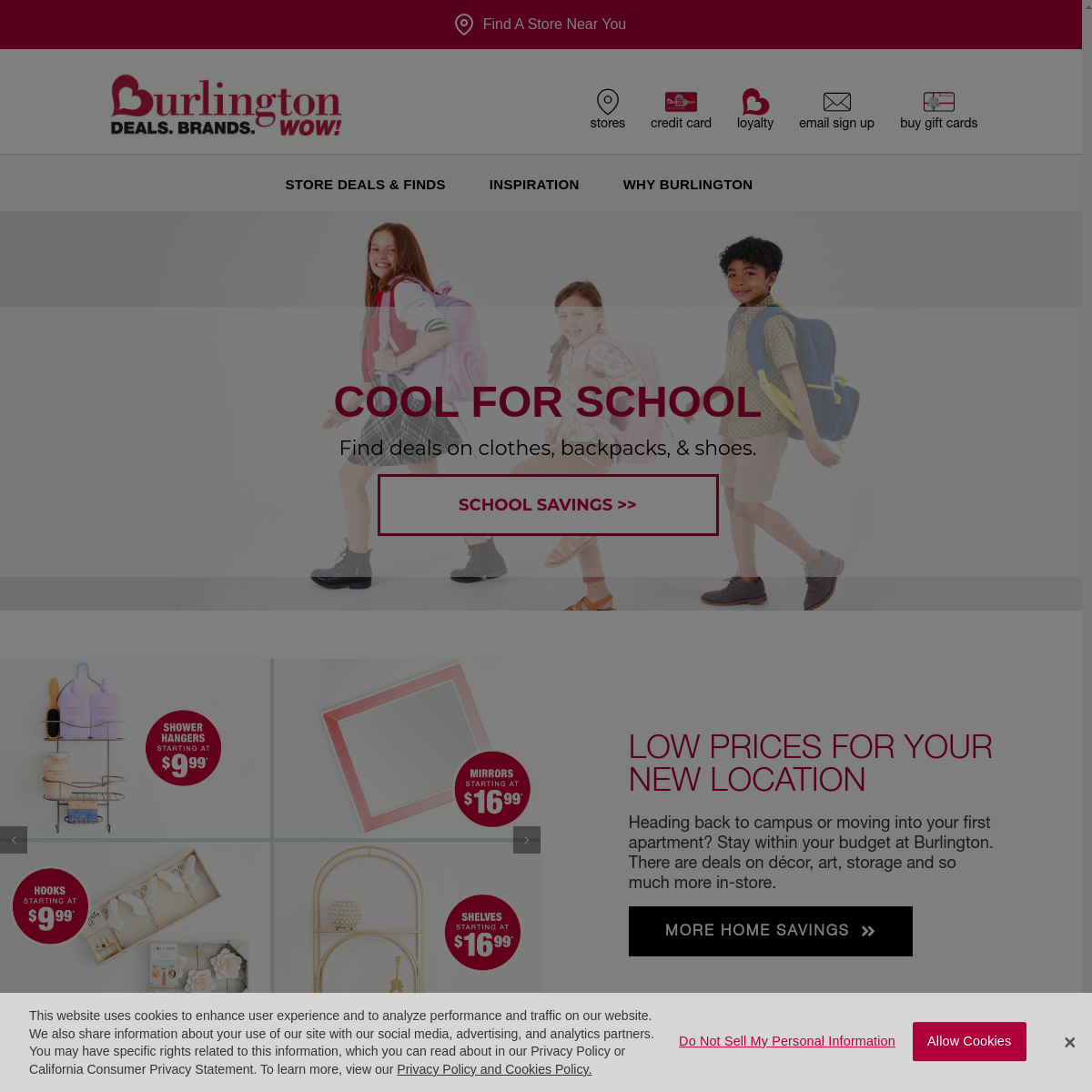