C.H. Robinson Worldwide, Inc (NASDAQ: CHRW) is a global third-party logistics and transportation company that offers integrated solutions for freight shipping needs via trucking, rail, intermodal containers and ocean transportation. C.H. Robinson was established in 1905 and specializes in complex, time-definite shipments serving more than 482 worldwide locations through its network of over 87,000 employees and independent owner-operators specializing in sea-rail intermodal services. The company's $9 billion revenue places it at number 45 on the list of largest private companies.

C. H. Robinson Worldwide has been ranked 8th out of 50 by Forbes magazine among America's best large employers among mid market businesses and 10th out of 100 among best companies to work for by Fortune magazine.

In 2010, C.H. Robinson Worldwide was once again named a "Top Workplace" by the Minneapolis Star Tribune and named a Best Place To Work for new graduates by the National Association of Colleges and Employers (NACE).

C.H. Robinson has been recognized as one of North America's 50 most community-minded corporations with the highest marks in the areas of quality of life, environmental excellence and philanthropy by The Civic 50 rankings released by The Business Journal newspapers.

That same year it also received an Award Of Excellence from American Moving And Storage Association (AMSA) for its employee training program. 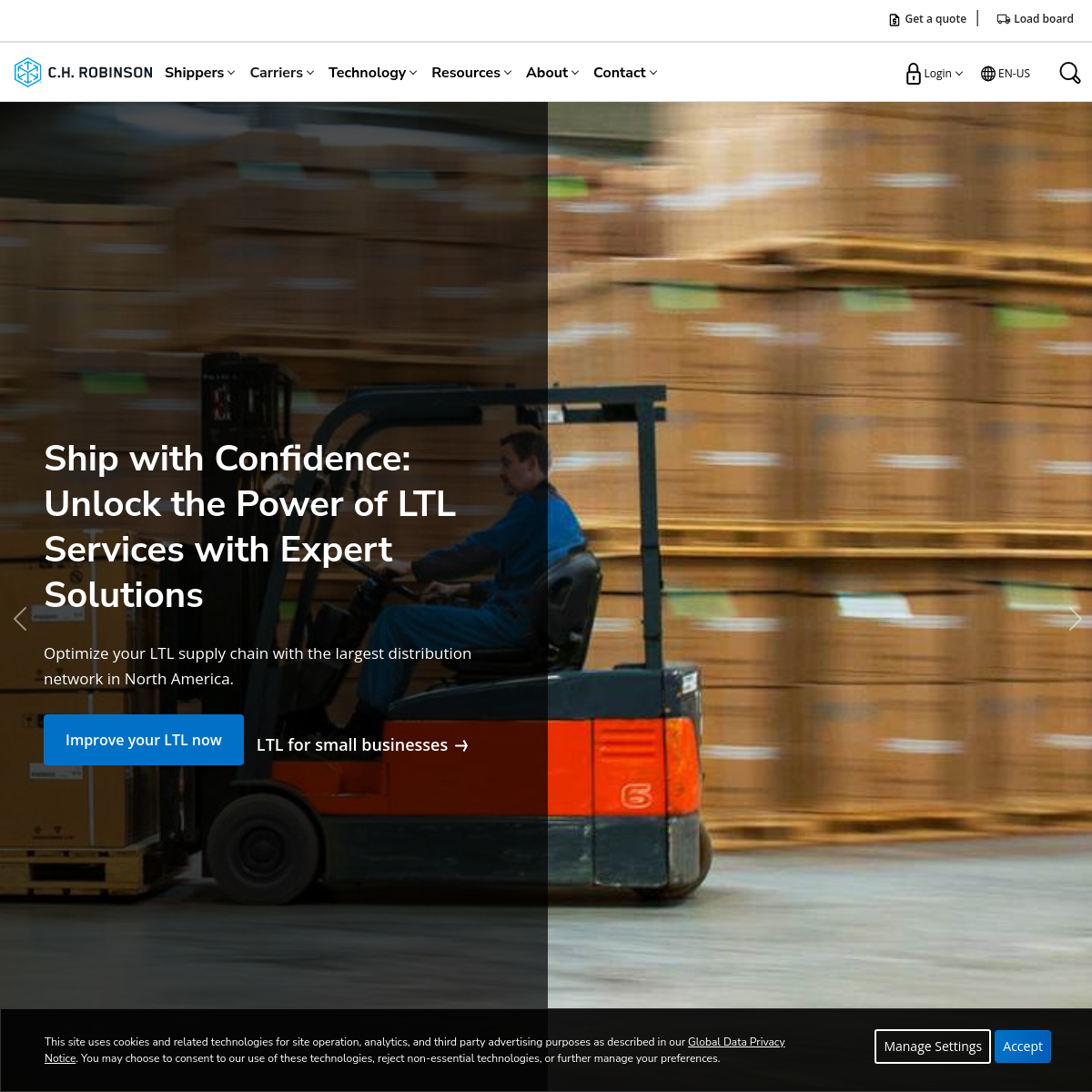