The CSX company is a railway company in the United States, which began its activities in 1980.

It was founded by a merger of several railroads with lines from Boston to Washington and from New York south to Florida. In this way, a new network was created that today operates on more than 20 000 kilometers of tracks in 23 states. The headquarters of the company is located at the city of Jacksonville, Florida. From there, they control their railroad systems around the country with an army of 17 500 employees.

In 2014, it had revenues worth USD 11 billion and employed 29 000 people across 14 000 locomotives and almost 70 000 other units such as freight cars or containers for transportation services.

In addition to transporting goods over land, CSX operates a port in the city of Wilmington, where they carry out freight operations. This can be done via high-speed cranes that load and unload containers from ships. 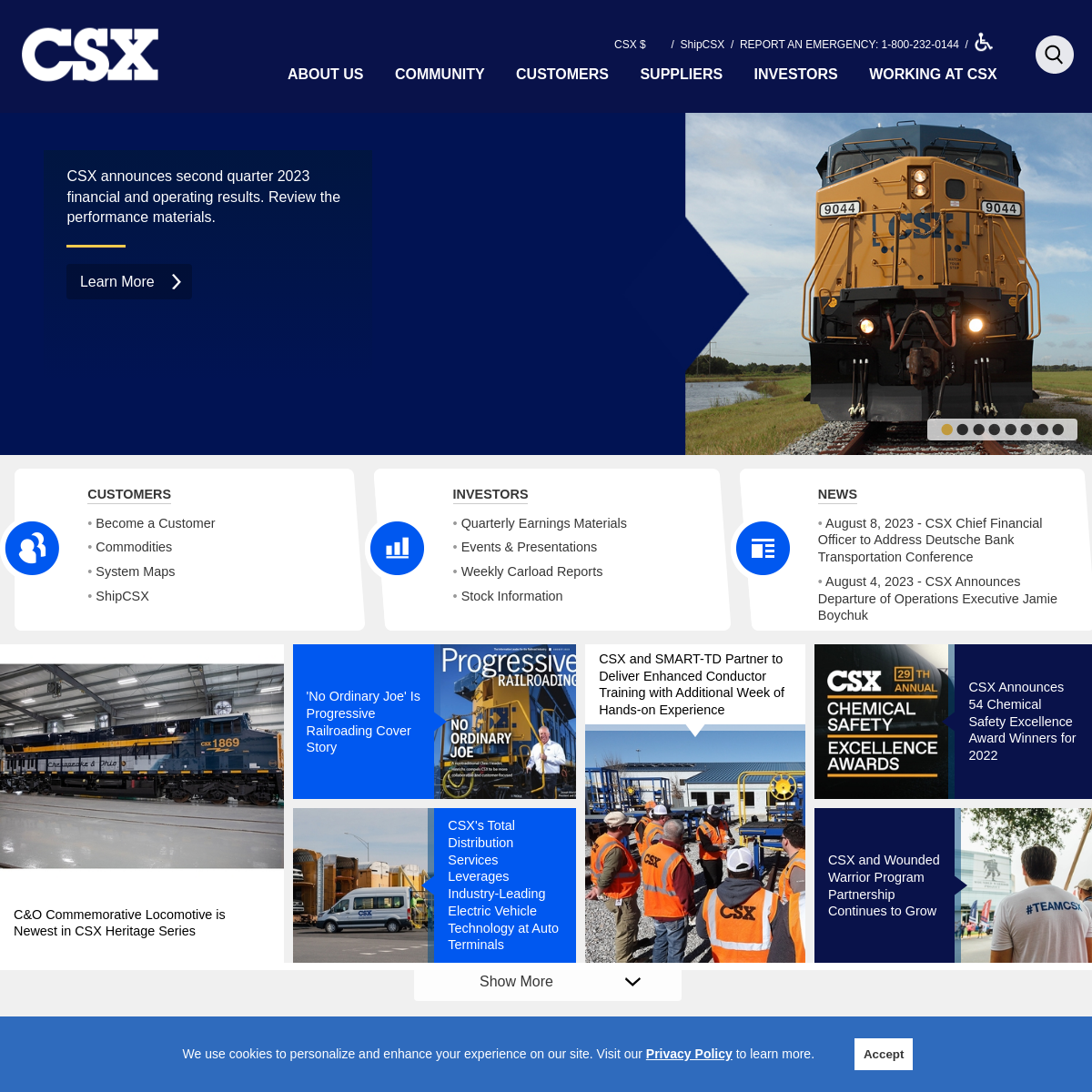