Cenex Harvest States Company, also known as CHS Inc. is a national cooperative that deals with farm supplies and grain marketing. They have hundreds of retail locations throughout the United States.

The first retail store was opened in January 1916 by J.P Logan in Casselton, North Dakota. His son Roland E Logan took over operation of his father's company after he passed away. It began to expand throughout North Dakota.

In 1965, the company moved its headquarters from Casselton to Fargo, North Dakota, where it started expanding nationally.

Grain marketing is a division of Cenex Harvest States which provides end-to-end grain merchandising and risk management solutions to customers and producers. The company has over 3,000 employees and about 120 retail outlets in the United States.

They also have worldwide operations through two subsidiaries: CHS Europe and CHS Uruguay. 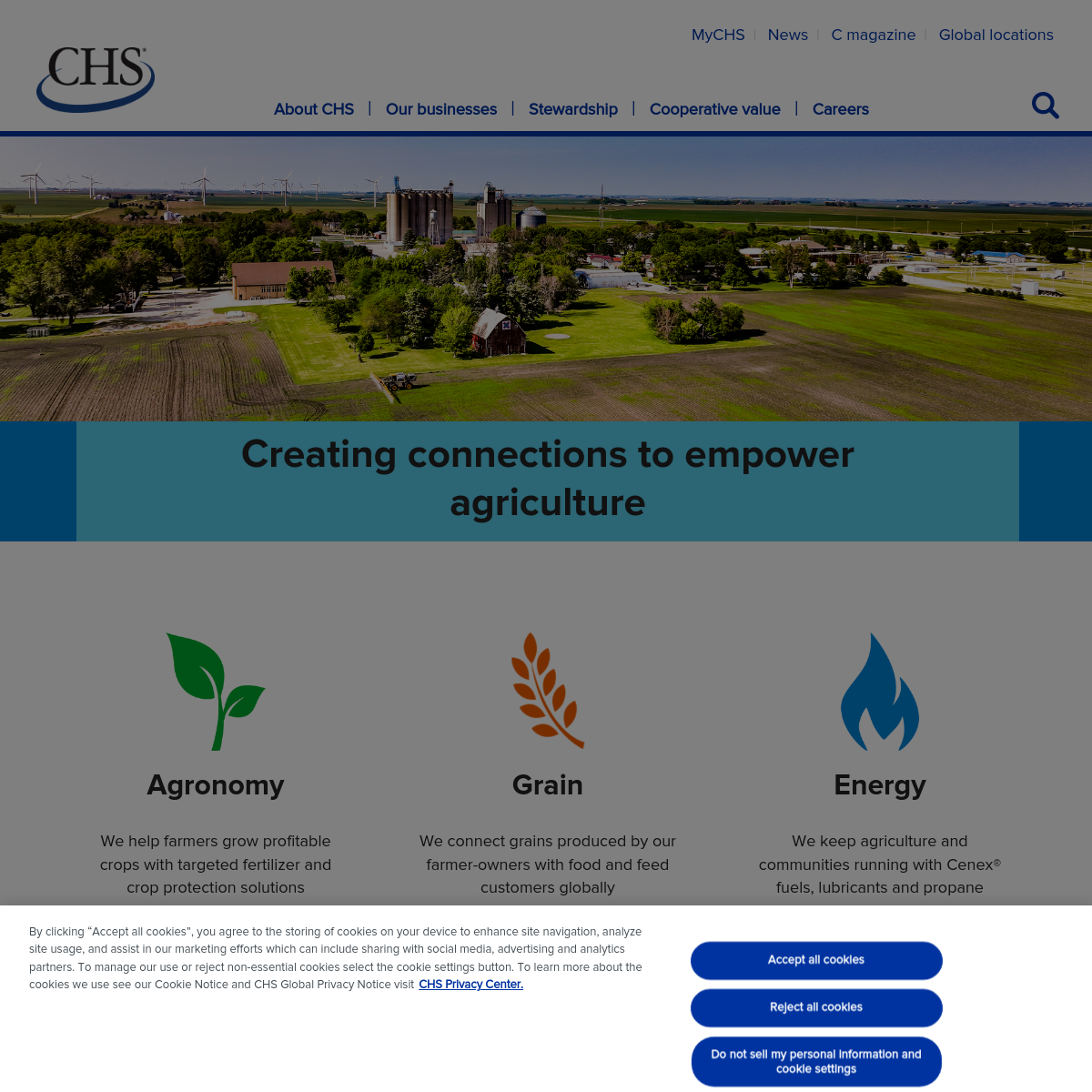