Dominion Energy is a Fortune 500 company that provides energy to homes and businesses in 13 states. Dominion was founded as the Virginia Railway & Power Company in 1909 by two men, James B. McCrummen and William E. Hayter. After building the nation's first electric powered locomotive, they went on to build several plants around Virginia to serve the state, which eventually merged to become the Dominion Power Company.

Dominion Energy is now headquartered in downtown Richmond, Virginia where they are most famously known for owning the coal-fired power plant that was recently converted into a natural gas fired power station. They are also very well-known for their solar farms across Virginia, which they say are the largest solar farms east of the Mississippi River.

Dominion Energy is a very large utility company that operates in 13 states and is a Fortune 500 company with a total revenue of more than $8 billion as of 2017. 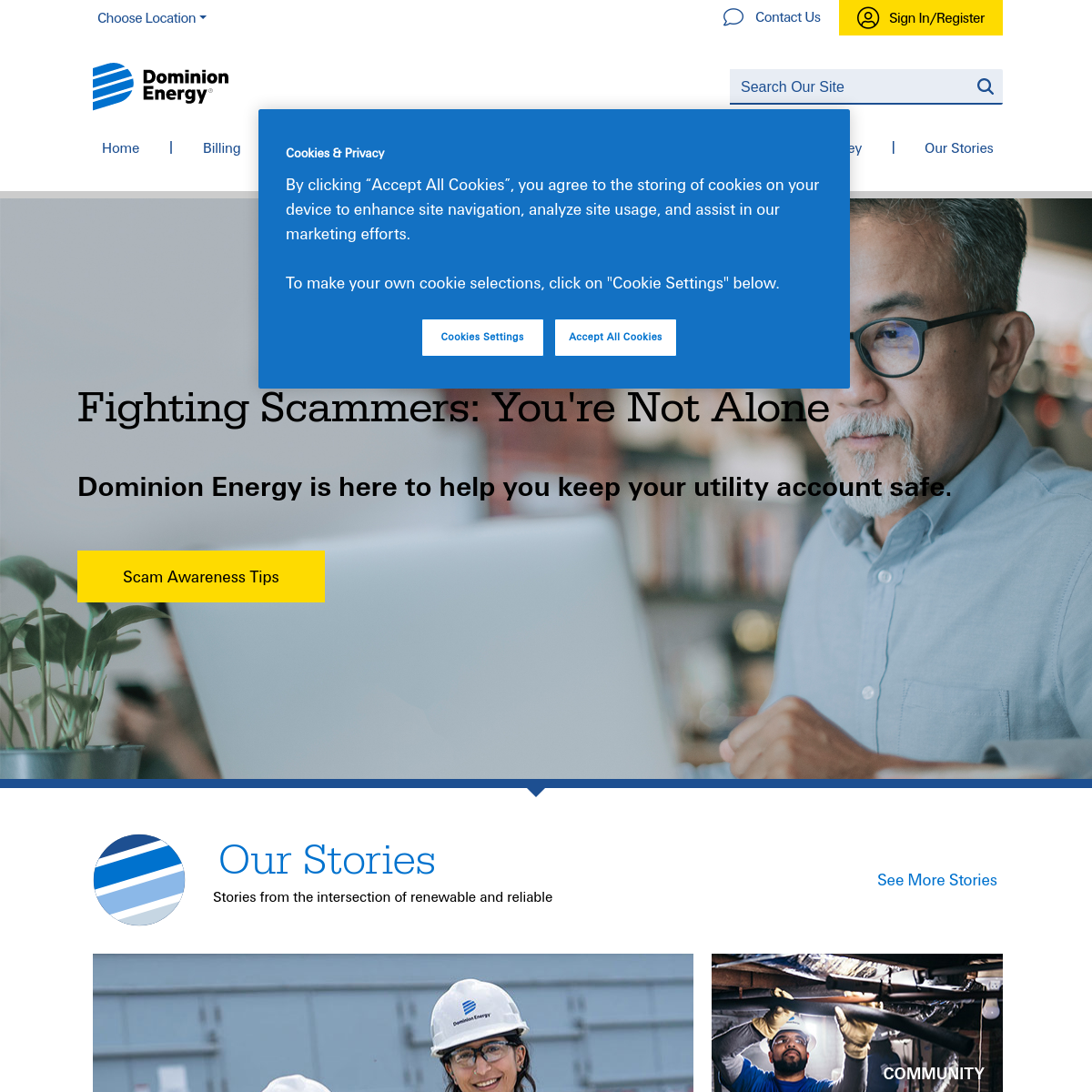