Edison International (NYSE: EIX) is a public utility holding company headquartered in Rosemead, California. Through its subsidiaries the Company provides electric and natural gas service to over five million customers across seven states and an interconnected island territory. Edison International has been around since 1924 when Southern California Edison Company was founded by George Owen Knapp.

In addition to that Edison also holds a majority stake in the second largest shareholder of Invenergy LLC. Edison International has been recognized for its leadership in the environment, community development and renewable energy. 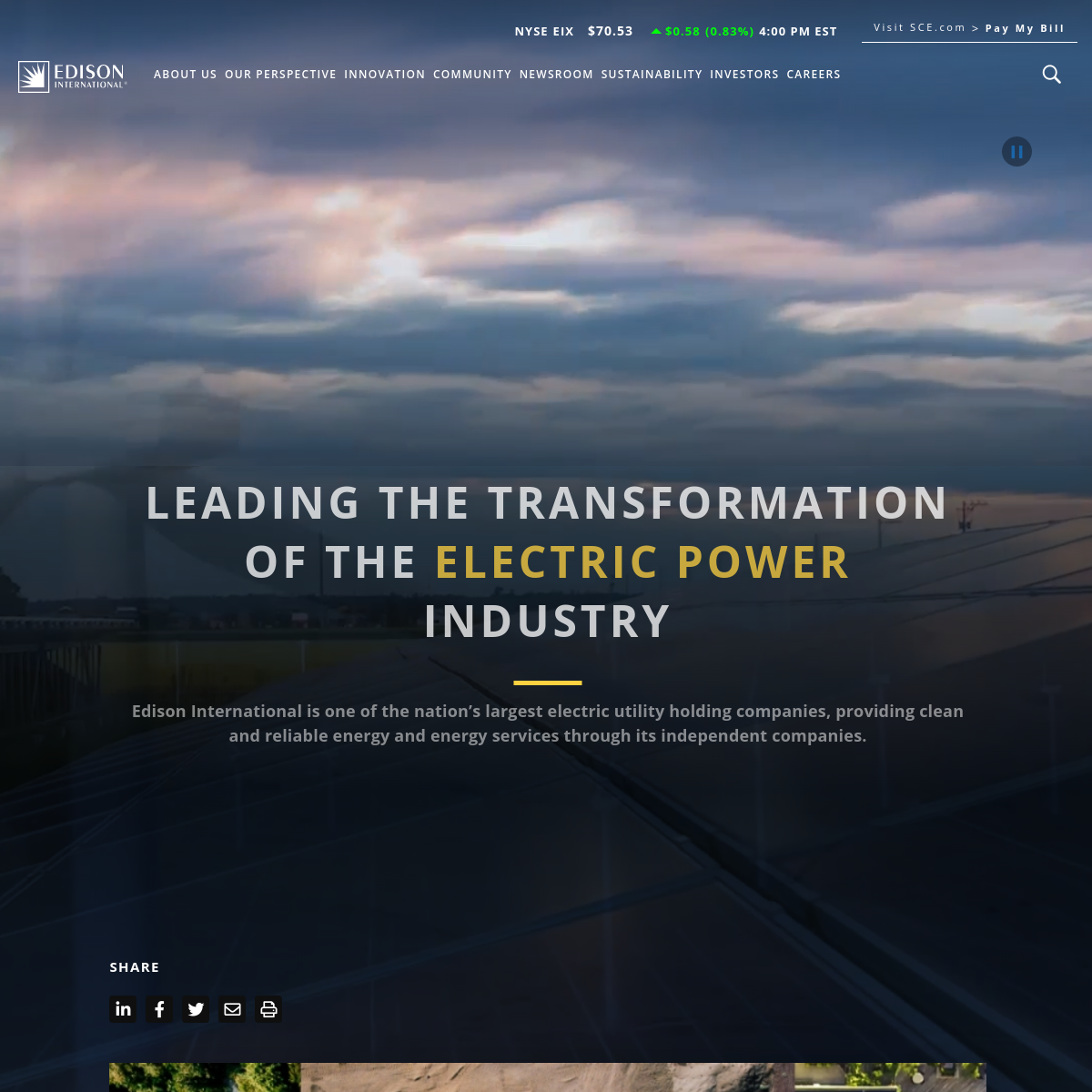