Entergy Company is a publicly traded energy service holding company, headquartered in the Central Business District of New Orleans, Louisiana. It has about $11 billion in assets and employs over 13,000 people.

Entergy owns several interconnected electric-generating facilities (and gas pipelines) serving an eight-state region of the United States that spans from the Midwest to the Deep South; its power generation facilities comprise approximately 30,900 megawatts of capacity, making it one of the largest electric utilities in the country based on total generating capacity.

The company's principal business is generating and purchasing electric power for distribution to its customers through its subsidiaries. That electricity is sold wholesale to other utility companies, which resell it to acquire retail customers of their own. Its power generation facilities include coal, oil and gas, nuclear, and hydroelectric plants with a combined capacity of approximately 31,400 megawatts. Entergy delivers electricity to 2.8 million utility customers in Arkansas, Louisiana, Mississippi and Texas.

Entergy was incorporated in 1954 as the River Parish Power Company (RPPC), a subsidiary of Detroit Edison Company. It changed its name to Entergy Corporation five years later after expanding into Arkansas and throughout the Southeast United States. In 1999 it reorganized into four operating companies: Louisiana Energy & Power (merged with NEO in 1998), Mississippi Power, Gulf States Utilities (merged with NEQ in 1998) and Arkansas Louisiana Gas Company. 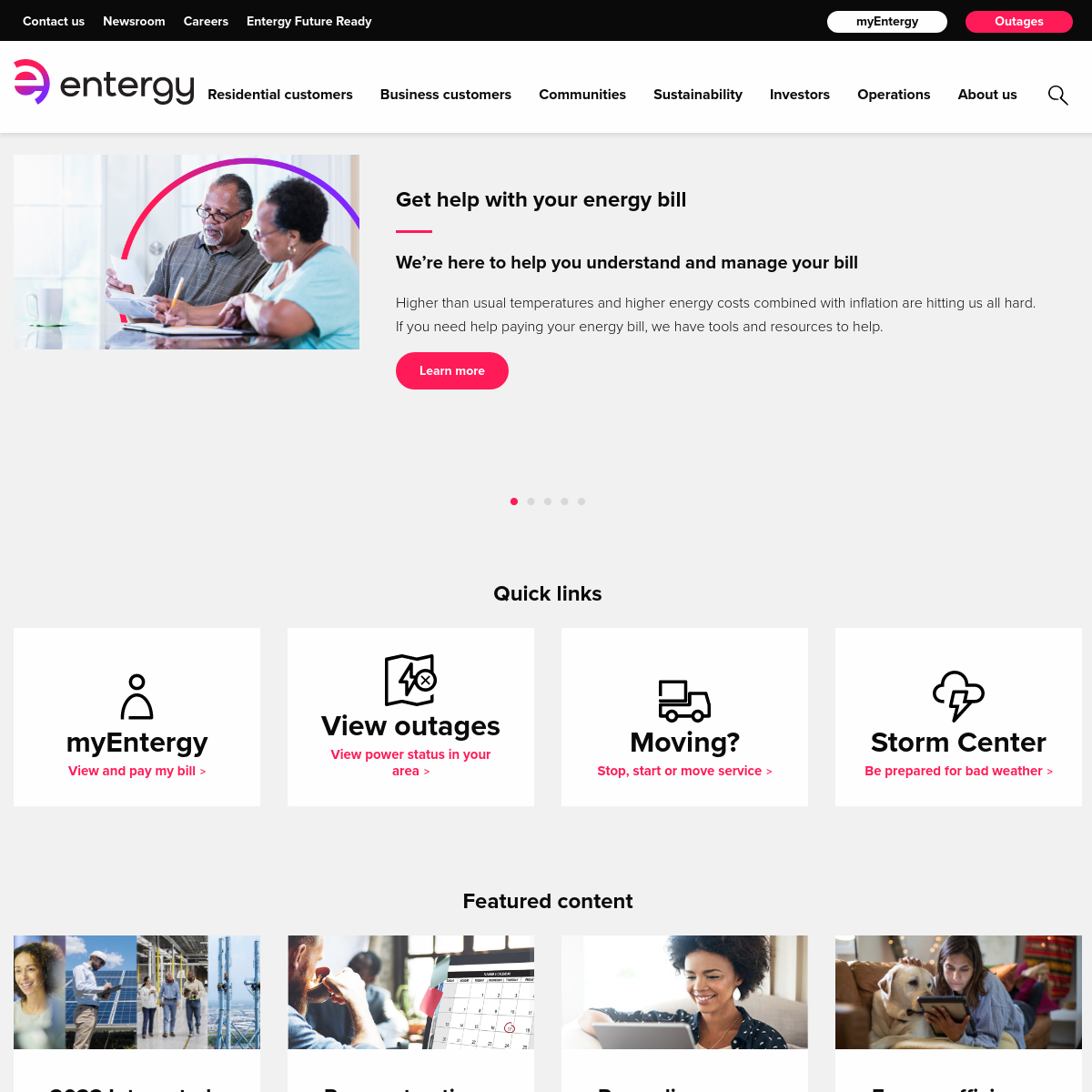