Enterprise Products Partners L.P. is a leading midstream energy company in North America, with 2017 revenues of $10 billion and a market capitalization of over $44 billion at the time this article was published on the 20th of May, 2018.

It is a fully-integrated partnership involved in the gathering, processing and transportation of natural gas, NGLs (natural gas liquids - ethane, propane, butanes) and crude oil through its extensive pipeline network.

Enterprise Products Partners L.P. was formed in 1994, a result of a spin-off from Enron Corp. It has been listed on the New York Stock Exchange since October 2001 using the ticker EPD.

In May 2018 it announced that it had reached an agreement with General Electric to acquire their stakes in two jointly owned gas processing plants for approximately $2 billion. The deal will increase its ownership stake in these two plants from 37% to 100%. 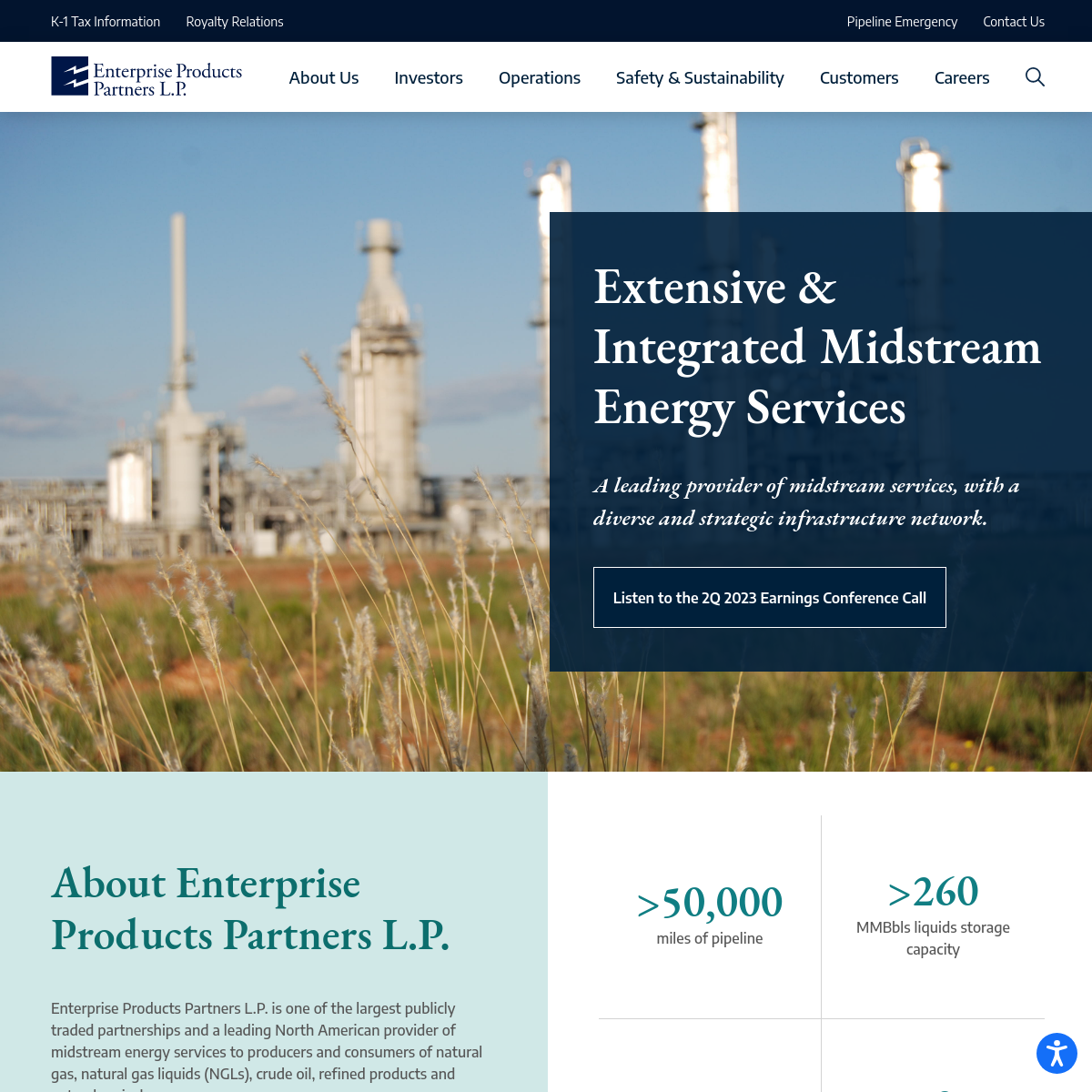