Founded in 1971, FMC begun as a small mining engineering company that expanded into oil and gas engineering during the 1970s. During the 1980s, they acquired chemical companies such as Garcoa Laboratories and ultimately changed their name from FMC Corporation to just FMC. Today they develop technologies to help others with chemical production and environmental remediation services through three core divisions: agricultural products, performance chemicals, and water solutions.

In 1981, Henry Schacht took over as president of the newly named company. Under his leadership, revenue grew from 1 billion dollars in 1981 all the way up to 8 billion by year 2000. It was around this time that the company began to expand into agricultural products. They acquired Garcoa Laboratories, which was previously called Universal Oil Products, for over 1 billion dollars. At the same time they also bought a competitor, Hüls AG, for just under 2 billion dollars. During this period of acquisition, FMC developed new technologies like liquid fertilizers and crop protection chemicals (which would later become the Ag business division).

FMC's revenue grew steadily since 2000 by an average of about 3% each year up until 2010 when it stayed relatively flat. Since then revenue has grown another 24%. The company is currently valued at around 13 billion US dollars. 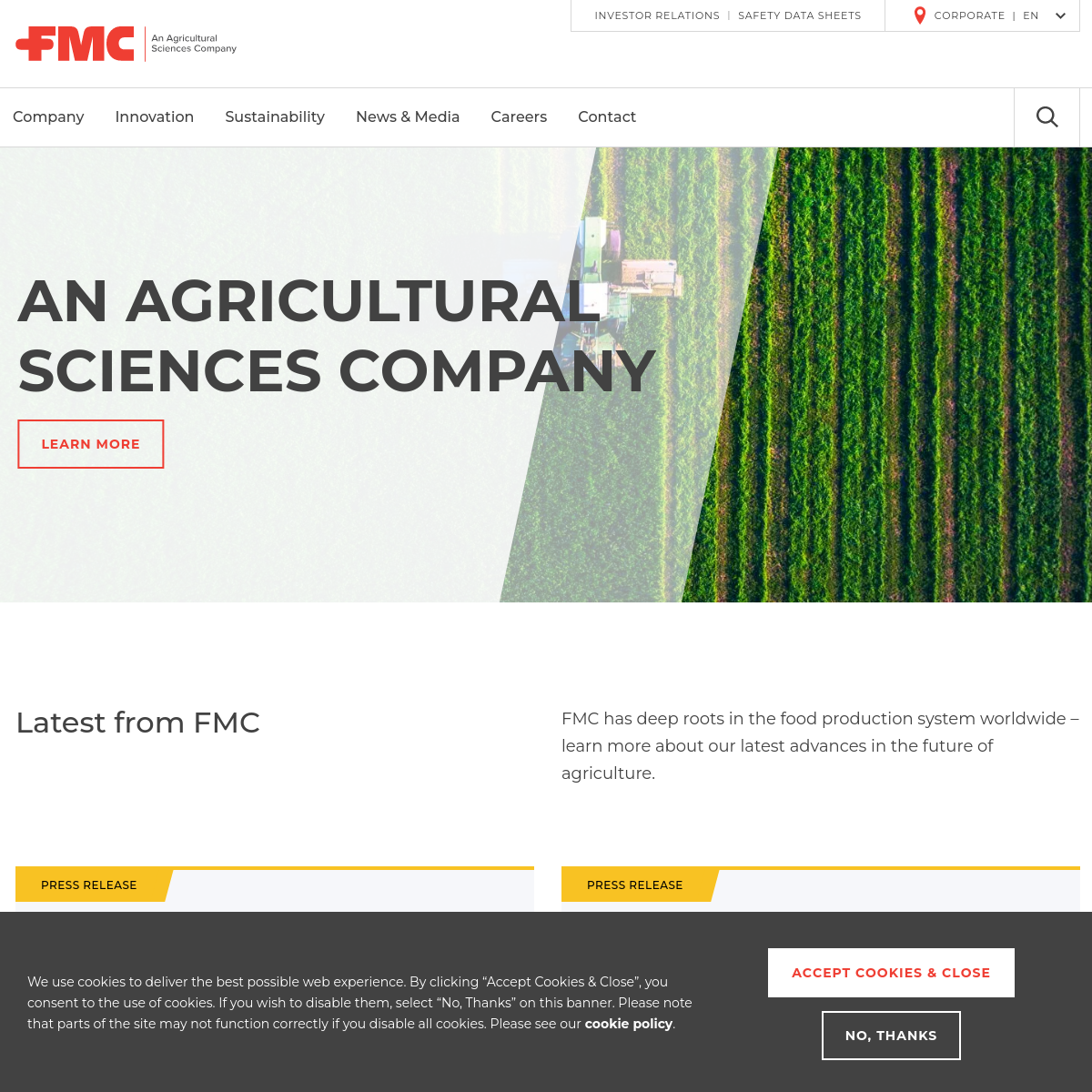