Fidelity National Financial was formed in 1988 by the merger between Fidelity Union Group and National Financial Corporation. The history of National began in 1917, when several California banks banded together to form the California First National Bank (first CFNB). That bank survived for many years and grew into a large West Coast regional bank that was purchased by Wells Fargo Bank in 1986. Meanwhile, Fidelity Union was founded as Security-First National Bank of Los Angeles in 1954. It merged with United Savings & Loan Association of San Gabriel Valley in 1978, under the new identity of Fidelity Union Bancorp. 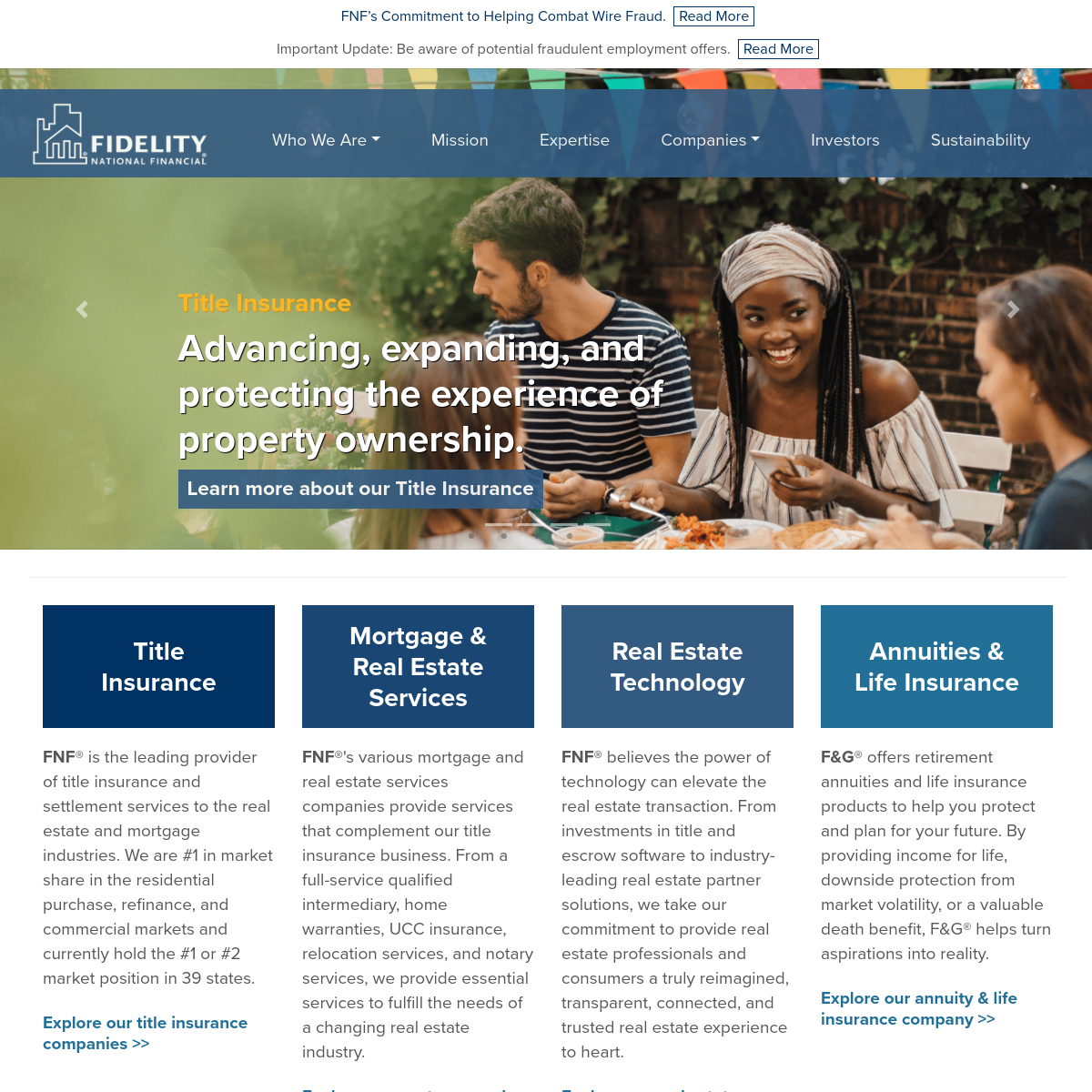