First American Corp.'s history dates back to 1967 where they provided insurance coverage for risks associated with damage caused by earthquakes throughout the state of California. In 1981, Moore acquired Wheatland-Cashton Financial and changed its name to Western America Life Insurance Company . First American Corp. was then established as a holding company for Western America Life Insurance Company and other businesses in 1990. 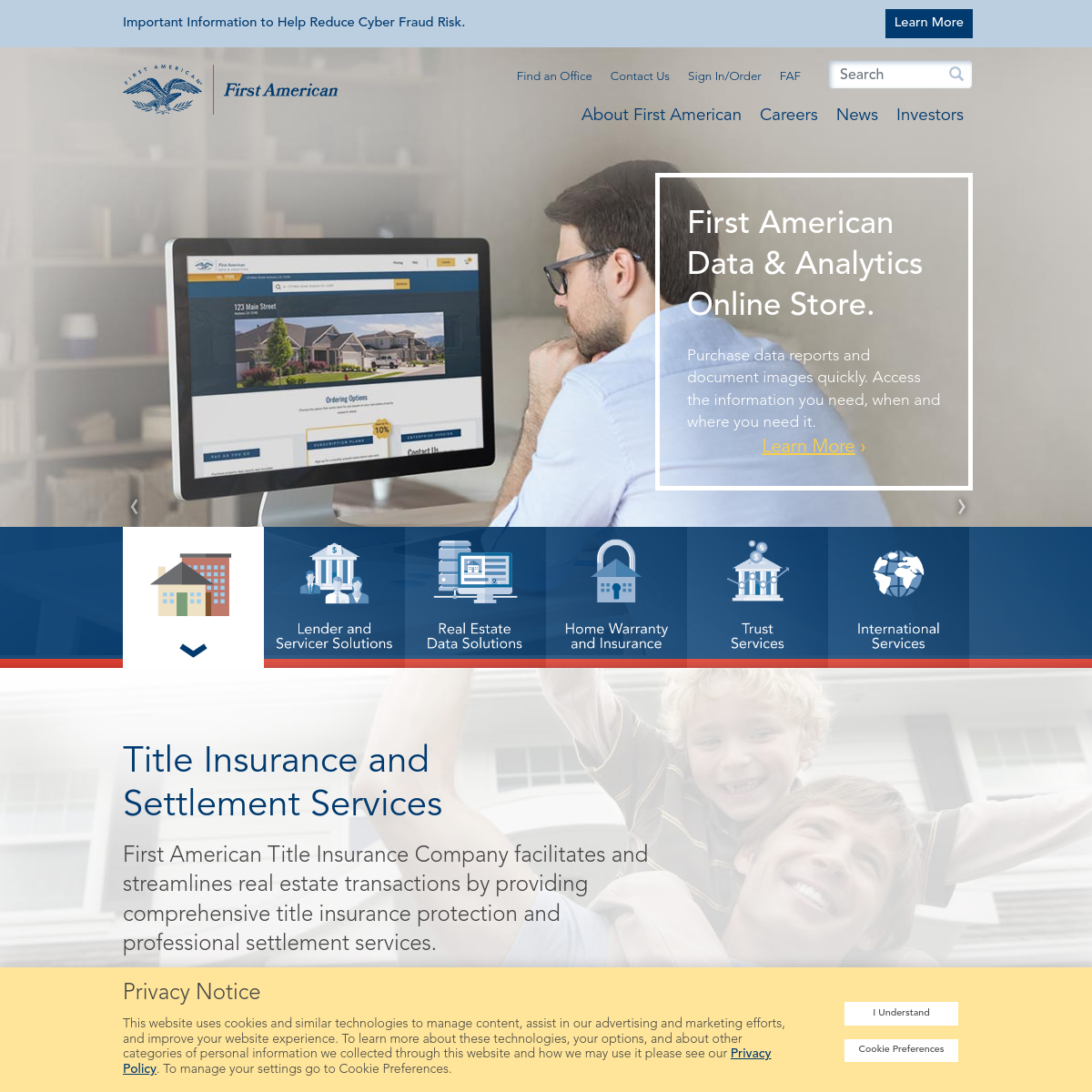