Georgia-Pacific is one of the leading paper and pulp producers in the world. Founded in 1927, Georgia Pacific's headquarters are located at Atlanta, Georgia. The company employs more than 38,000 people at over 300 locations worldwide.

The company generates $22 billion dollars in annual revenue which makes it one of America's Largest Private Companies according to Forbes Magazine.

In 2005 Georgia-Pacific acquired Fort James Corporation as well as Quilted Northern Corp., both were strong competitors to Georgia-Pacific before this time. When these two companies combined with Georgia-Pacific they produced a total net sales revenue of about $10 billion.

The merger between these three companies made Georgia-Pacific the largest U.S. tissue maker, with a combined market share of 40%. 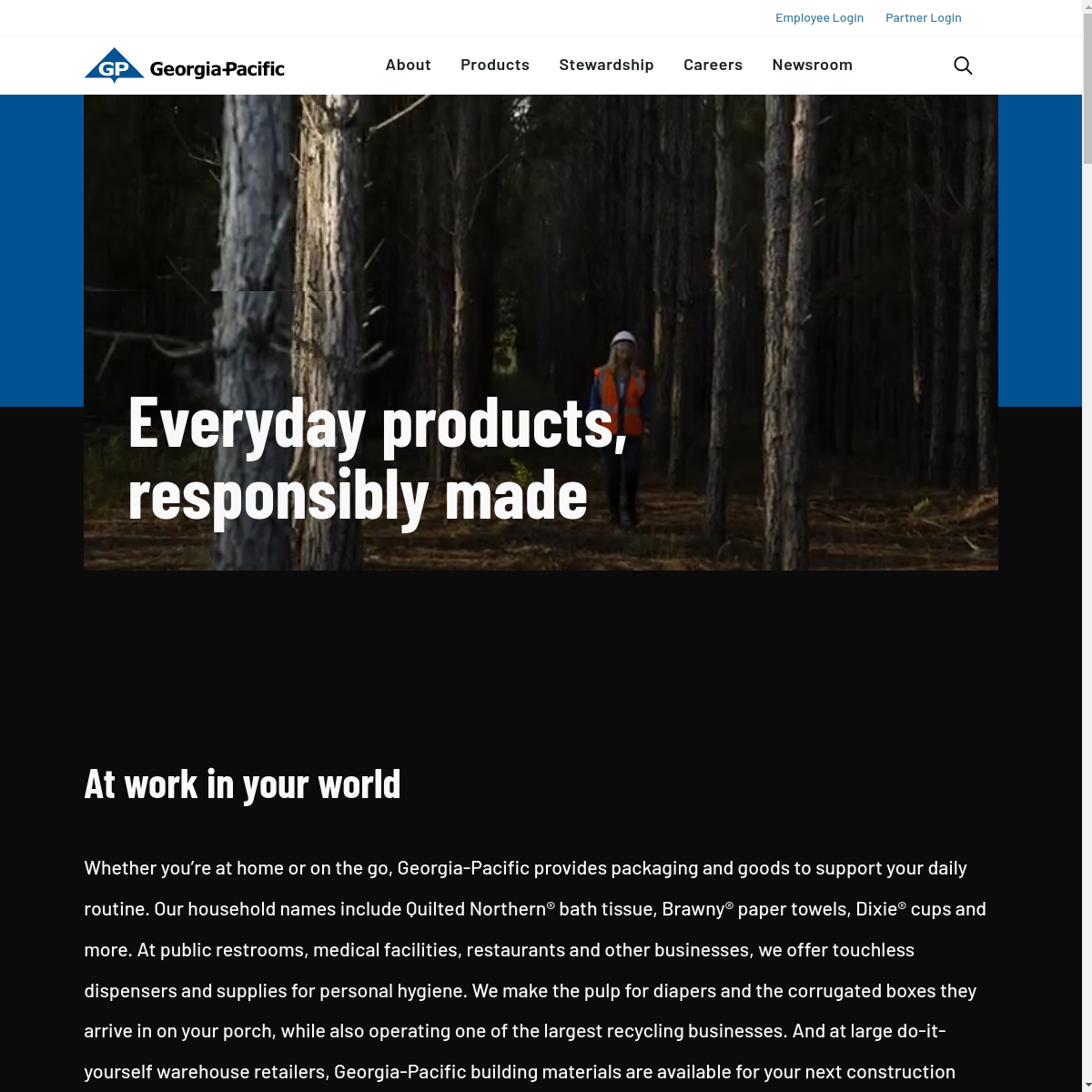