Health Net, Inc. is a health insurance company which mainly serves private and public employers as well as Medicare beneficiaries in California and Oregon, though there are some Health Net policies available for individuals and families under the ACA and Medicaid enrollees in Washington State, Colorado, and New York City who qualify.

Health Net was started in 1978 as an employee-owned health insurer that served mainly large employers with 1,000 or more employees.

In 1997, WellPoint Health Networks completed its acquisition of Pacific Care as part of its expansion into California's small group market. Also in 1997, it acquired Western Medical Group Association (WMG), a Southern California-based provider of HMO products to Medicare beneficiaries. In late 1998 WellPoint merged with Anthem Insurance but then spun off WellPoint Health Networks as a new, publicly traded company in 1999. 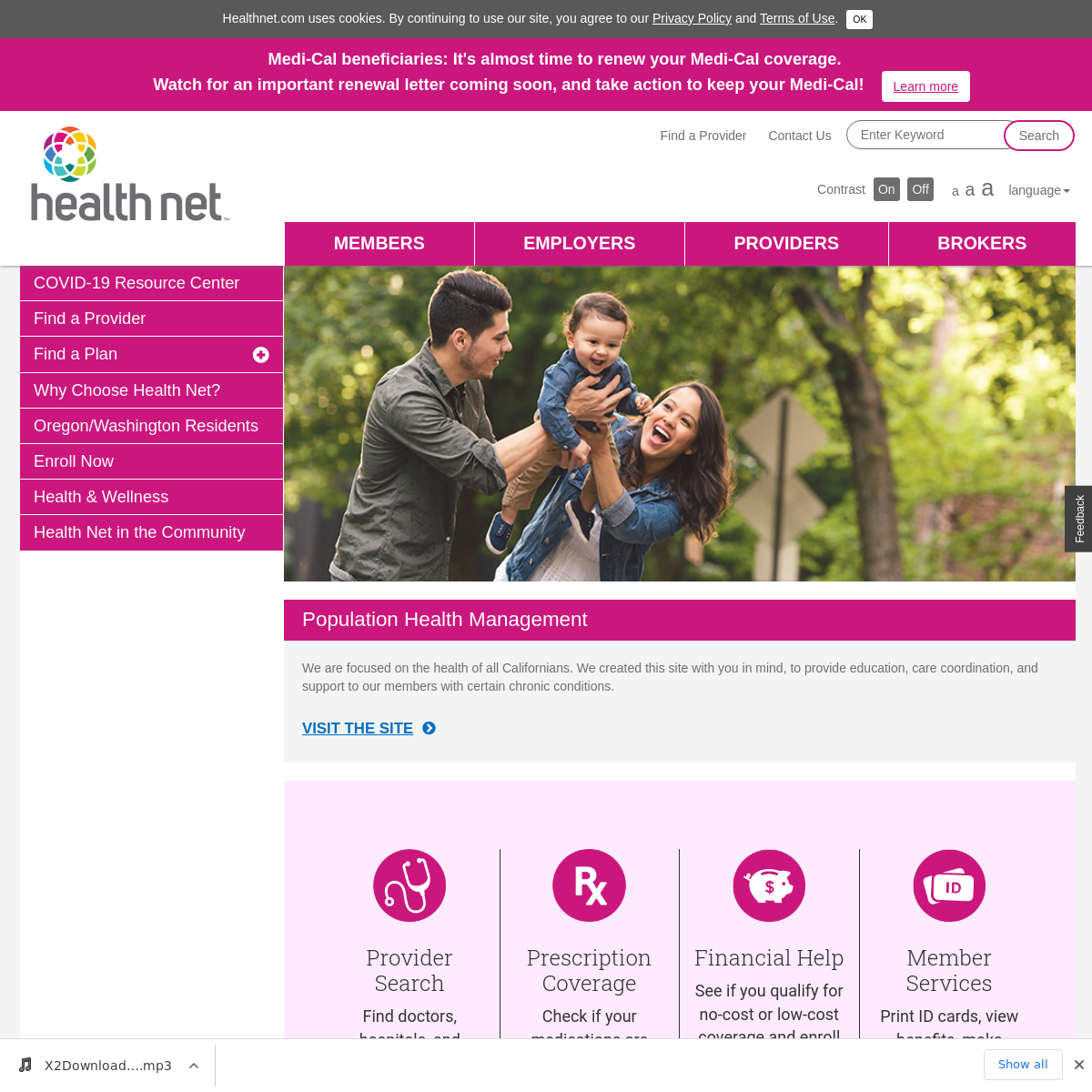