Herman Miller company is a world-renowned, American manufacturer of office furniture and home accessories. Herman Miller Inc., produces workplace furniture such as desks, chairs and tables. The company's headquarters are located in Zeeland, Michigan. Herman Miller was founded by D.J De Pree in 1923 with the purchase of a small office supply store called Star Furniture Company. In 1946 they introduced their first iconic design product which has been known the "Action Office". Today Herman Miller Inc. is a global company that designs and manufactures in over 40 countries to this day. Herman Miller has been awarded various prestigious awards in recognition of their design work, including the National Design Award in 2000 and the American Institute of Architects Gold Medal in 2006.

Herman Miller's business model distinguishes itself from several other companies through its "High-touch" value proposition which stresses collaboration between customers and designers throughout the process of designing new furniture products, encouraging co-creation. The company also offers "Low-touch" methods such as online 3D Product Configurator where customers can configure products before purchasing them without any assistance from sales representatives, allowing full independence for consumers to create their perfect product according to their own preferences. 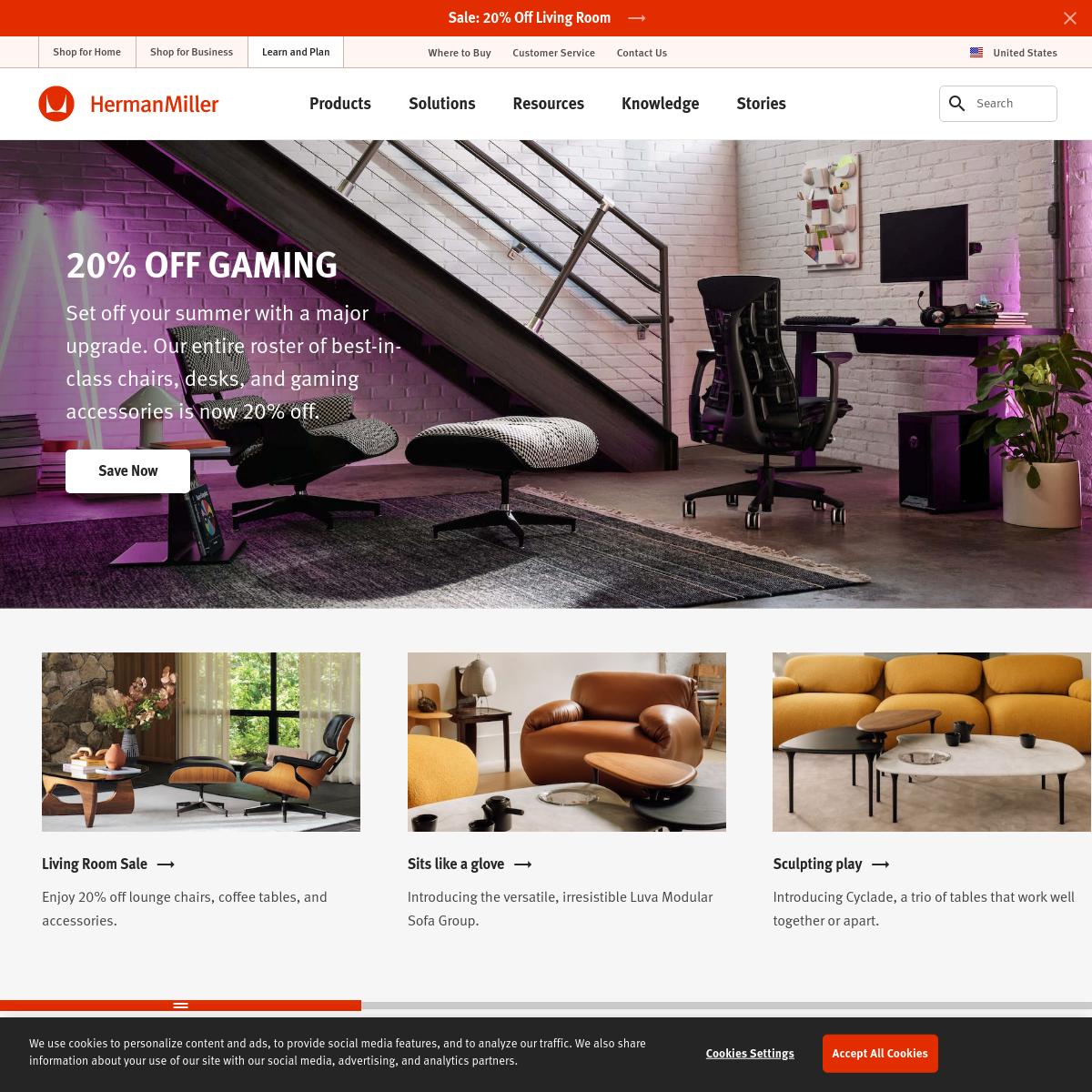