The Home Depot is a home improvement retailer founded in 1978. In addition to selling hardware and home-related services, it also frequently offers special discounts on certain products. As of 2015, the company operates over 2,000 locations across North America.

One notable aspect of The Home Depot's brand strategy is their logo design . Created by New York City graphic designer Paul Rand, the orange lettering has been a central part of the company's visual branding since its inception, with one small redesign to prevent legibility issues in smaller print sizes.

Today this logo is instantly recognizable as belonging to the Home Depot brand (though there are other logos used for specific business units such as 'The Landscape Supply' 'The Garden Center'). Many elements of the design are also notable - the bold, contemporary sans serif font, for example. The use of negative space around the lettering is also important in establishing legibility at small scales.

"Most people don't notice how skillfully Rand integrated this element into the overall logo," writes Michael Bierut on his blog about Paul Rand's work . "The only place where it 'reads' completely is on either side of the orange elements, which are themselves perfectly proportioned to accommodate it."

So while some elements have changed slightly over time since its introduction in 1979, The Home Depot's logo remains largely consistent with their original brand strategy. Paul Rand had initially sought to create a logo that could be easily reproduced by print shops at newspaper sizes – and his design has certainly stood the test of time. 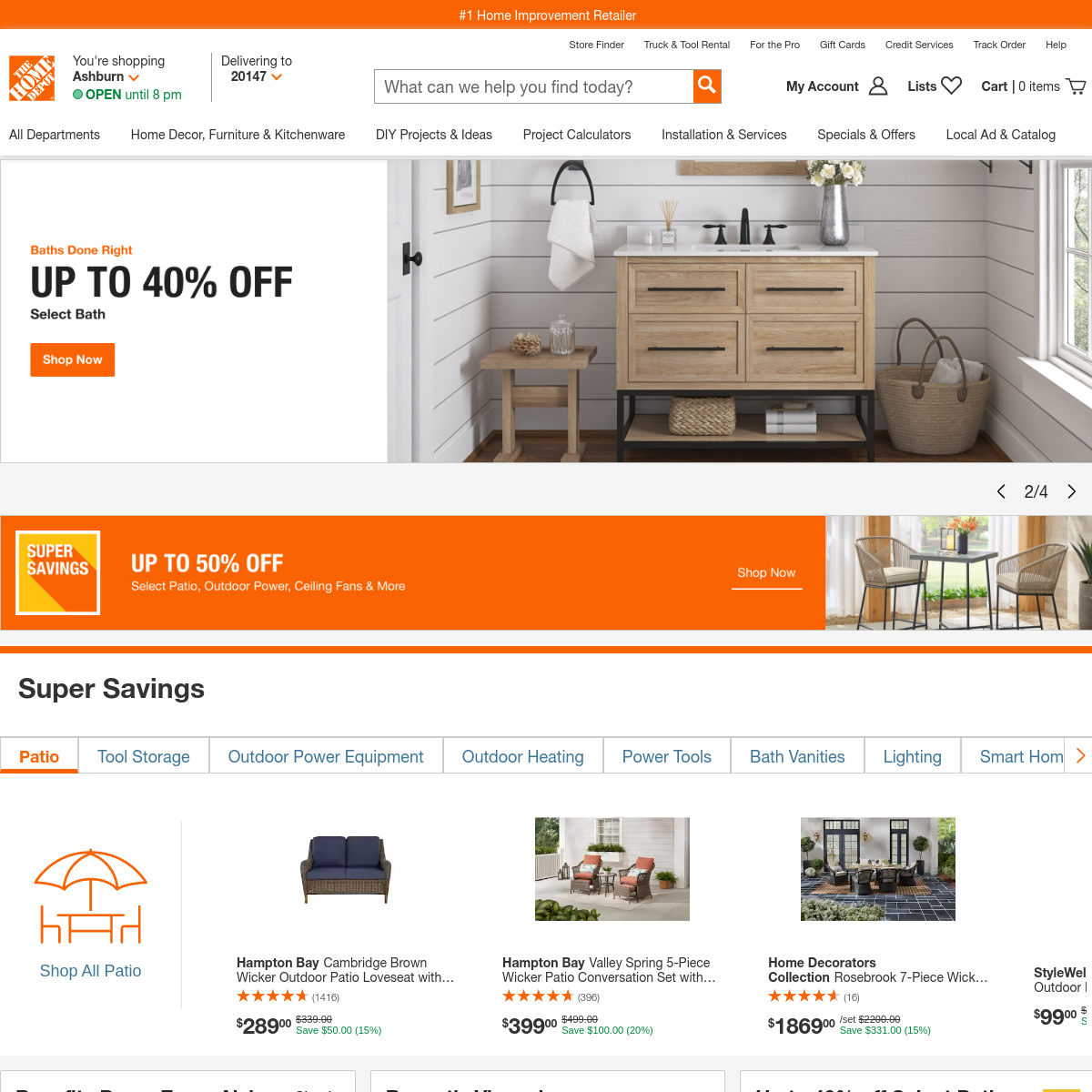