Ingles Markets Incorporated is a publicly owned grocery store chain with over 100 locations in North Carolina, South Carolina, Georgia, Florida and Alabama. The company has had annual revenue of $3.3 billion. It is headquartered in Black Mountain, North Carolina.

The company was founded by Robert Ingle as Ingles Markets which made its first profit on October 15th, 1948 after opening their first location just 6 months prior to that date on April 4th, 1948. In 1984 they delivered their 1000th shopping cart, and in 2005 became one of the largest privately-held companies in North Carolina when it went from 120 million to 1 billion dollars. 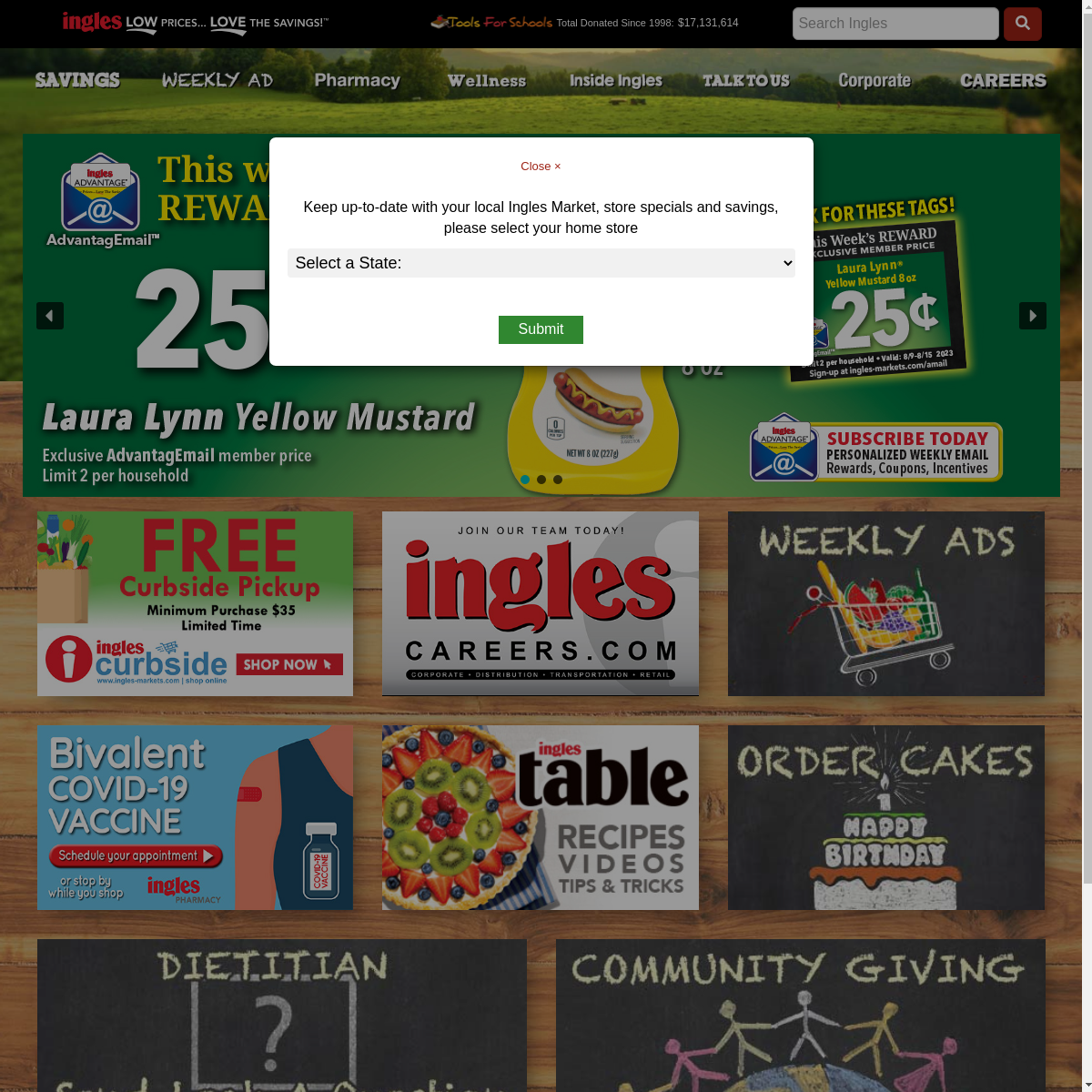