In the past few years, IBM has made a number of strategic acquisitions, including purchasing Red Hat for $34B. In 2015, Fortune Magazine named IBM the world's fourth most admired company. In 2017, the company was ranked #4 on Forbes list of America's Best Employers and in 2018 was ranked #7 on the same list.

The original logo was created in 1972 by designer Paul Rand who is known for his work on logos such as ABC, UPS, Westinghouse etc. It had only two colors initially but then more color combinations were developed through 1982 till it settled with the version that is still used today. The letters 'I' and 'M' are meant to be straight lines but appear curved due to optical illusion where light hits the curves at certain angles. 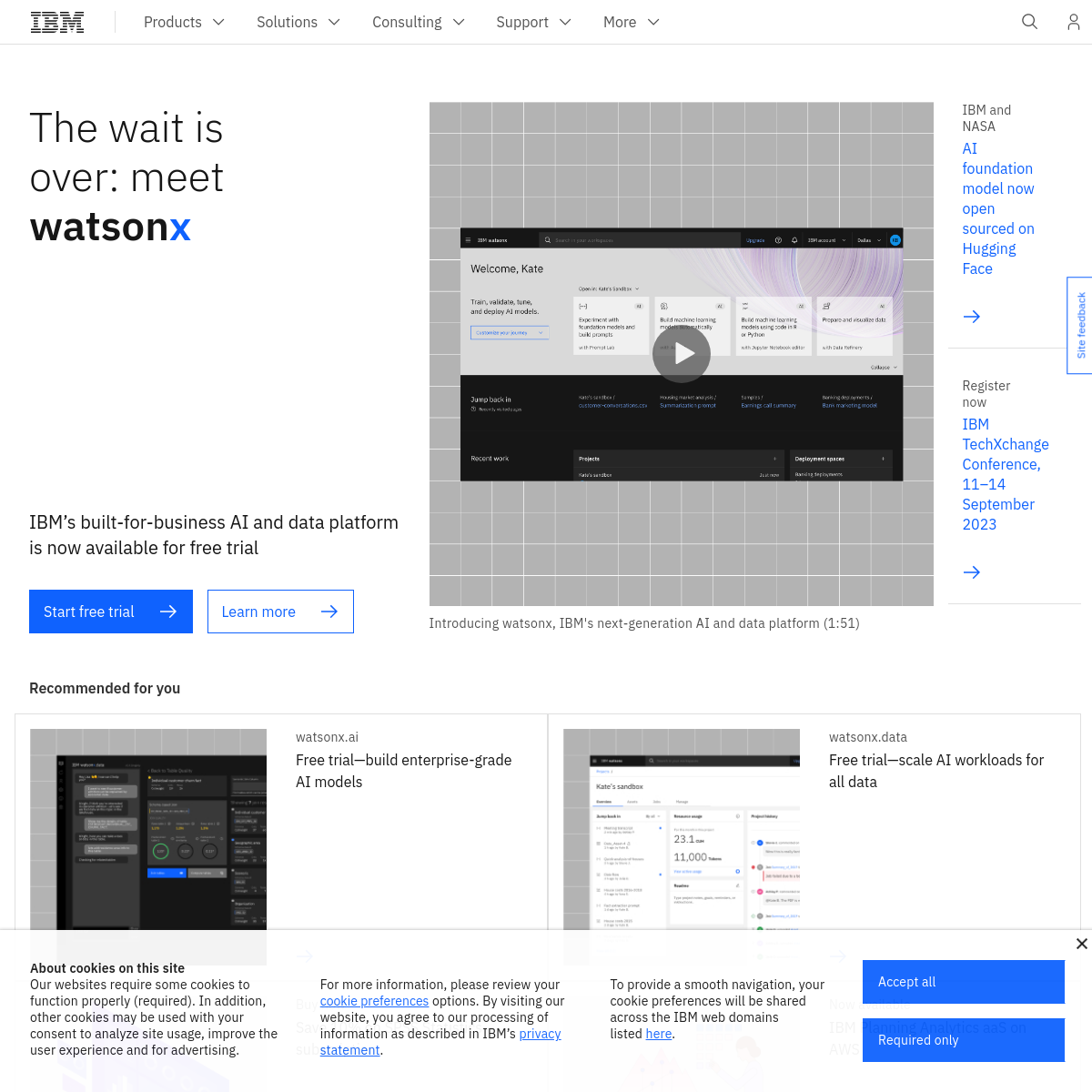