Kimberly-Clark is a company that manufactures paper and other personal care products. It was founded in 1872 by John A. Kimberly, George H. Kimberly, Warren B. Kimble and Frank B. Hall in Neenah, Wisconsin.

The company is publicly traded on the NYSE under the symbols KMB (ADR) and KIM. Its current headquarters is in Irving, Texas.

Kimberly-Clark has about 42,000 employees working at about 60 manufacturing plants across the United States. The company operates research facilities in North America, Europe and Asia Pacific. According to Fortune Global 500 for 2013, Kimberly-Clark is number 24 in the list with around $19 billion in annual revenue with almost 75 billion of market value in share price. 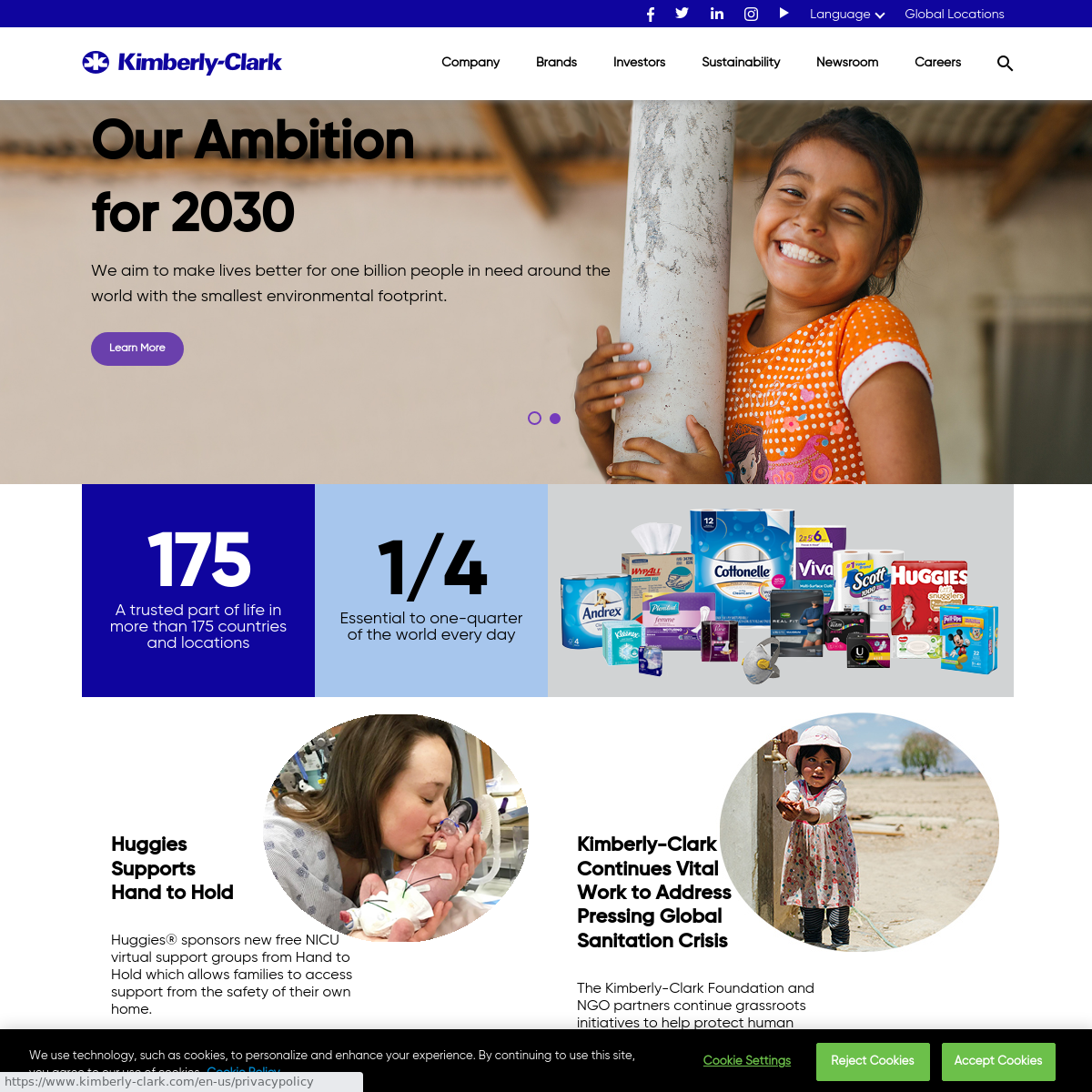