Kodak is a multinational company that deals in the manufacturing and distribution of digital imaging services. Its beginnings can be traced back to 1888, when founder George Eastman developed a camera known as the Kodak Camera.

In 1908, Eastman was able to mass-produce this new model at a price that would enable him to have enough success that he would be able to create subsidiaries in Germany, England, France and Austria. In 1912, Kodak cameras were being sold on every continent except for Antarctica thanks to the use of the "brownie" label.

By 1934, 50% of American homes had a "Kodak." After WWII, however; Kodak saw its market share plummet in part because of Polaroid's instant cameras. Even though Kodak was the first company to develop digital cameras, it has had issues keeping up with demand for its products. 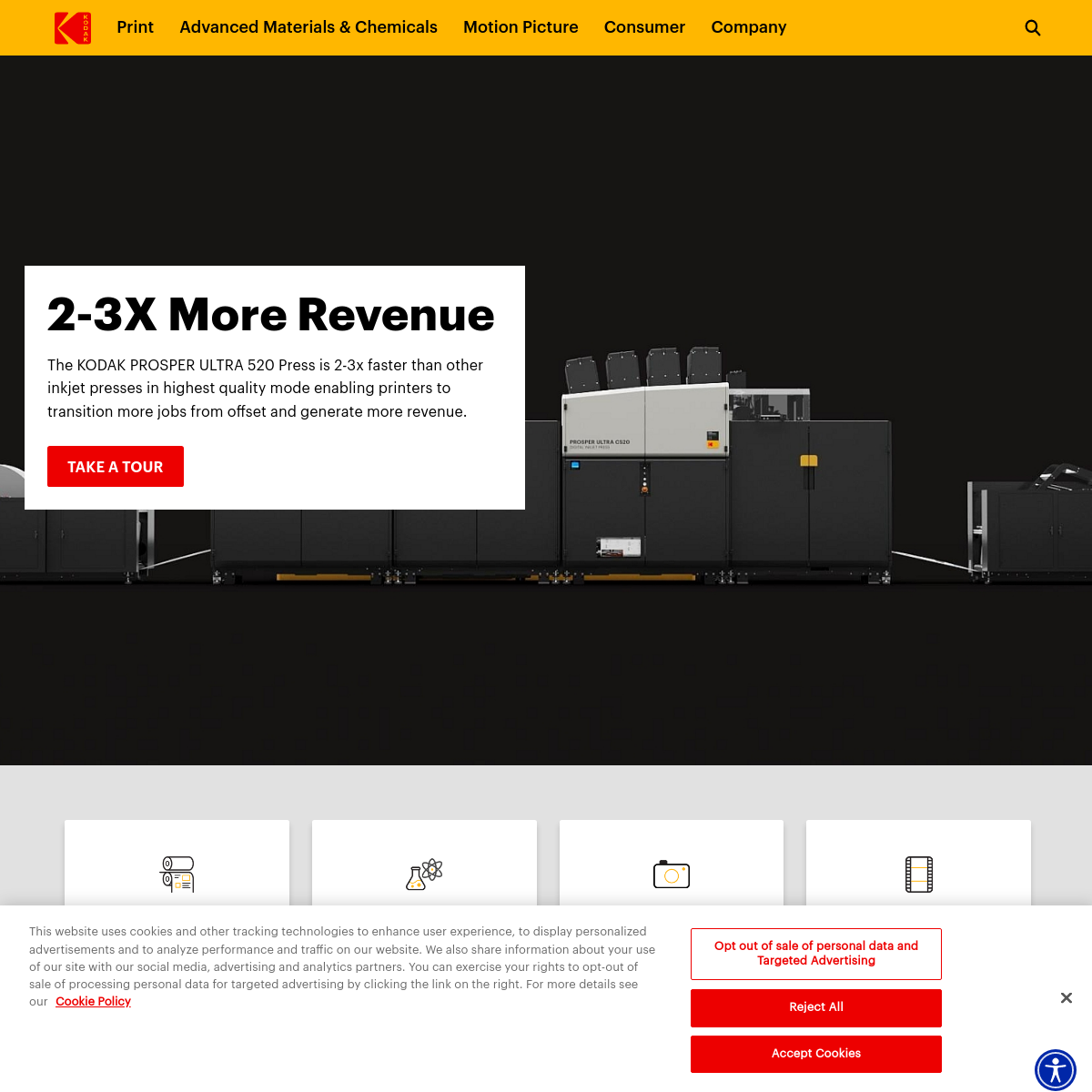