Lands' End Company is a United States-based, privately held mail order and Internet retailer selling clothing and accessories. It was founded in 1963 by Gary Comer and his wife to sell sailboat equipment. In 1970 it became a public company as the business expanded throughout the United States. In 2002, the company was acquired by Sears Holdings Corporation, who re-branded Lands' End as an upscale apparel chain.

The company specializes today in casual clothing for men, women, and children that has a nautical theme with land-based products such as luggage also being available. The first Lands' End catalog featured just twelve styles of windbreaker jackets but nearly fifty different kinds of rain gear by 1969. By 1971, twenty types of hunting gear had been added, and sailing equipment had grown from twelve to twenty-two pages.

By 1981 Lands' End had one catalog with fifty-four types of merchandise and sixty pages of general information. The look and cover photo were changed in 1985, with a larger group photograph replacing the smaller ones. By 1991 the company was generating $75 million in revenue by selling over 800 products under seventy-five different brand names. That year, Lands' End introduced its own credit card for customers buying at least $50 in merchandise in their local store or through the catalogs; they would receive a 5% discount on future purchases if they used the card.

In 1997, Lands' End also began selling its merchandise in Ireland and an online store was opened that year in England, followed by Japan in 1999 and France in 2002. By that time, the company had 1,200 employees and $650 million in annual revenue, with 800 products available through catalogs and on their website. 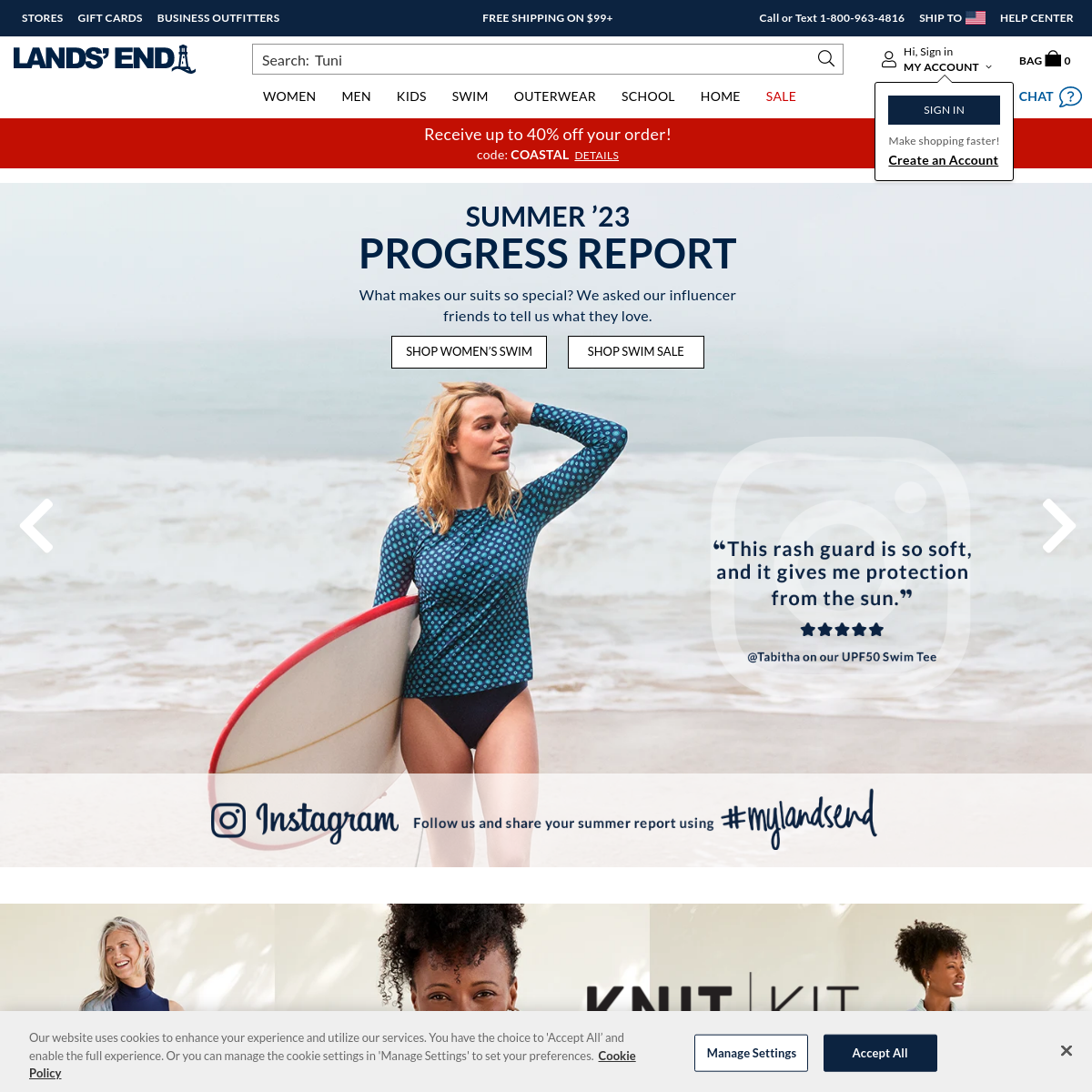