Loews is a company founded by James S. Tisch's grandfather in 1920. His father, Larry, who has presided over the company for thirty years, is one of the richest men in New York City and a top Democratic Party fundraiser. Today it owns hotels, movie theaters and insurance companies worldwide.

Its headquarters are located in New York. It operates numerous subsidiaries within its main areas of activity: hotel industry, cinema and insurance.

The Loews Corporation employs more than 53 000 people around the world and brings in annual revenues exceeding $ 10 billion. The corporation has stakes in several large companies such as Marvel Entertainment Group. 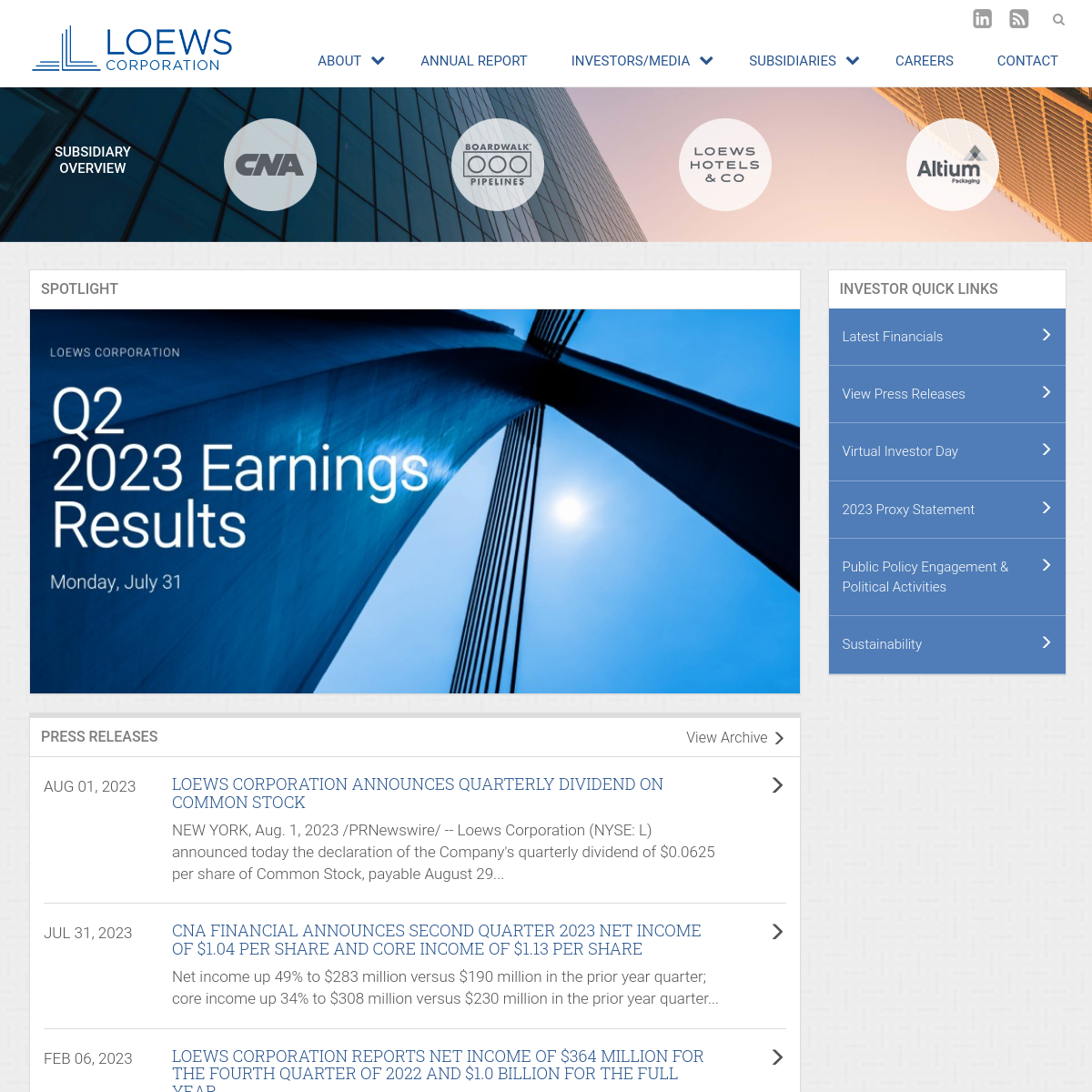