Lyondell Basell (NYSE: LYB) is the world's largest polyolefins producer and a global leader in polyethylene, polypropylene and ethylene derivatives. The company was formed through the merger of Lyondell Chemical Company with Basell Polyolefins on December 1, 2006. 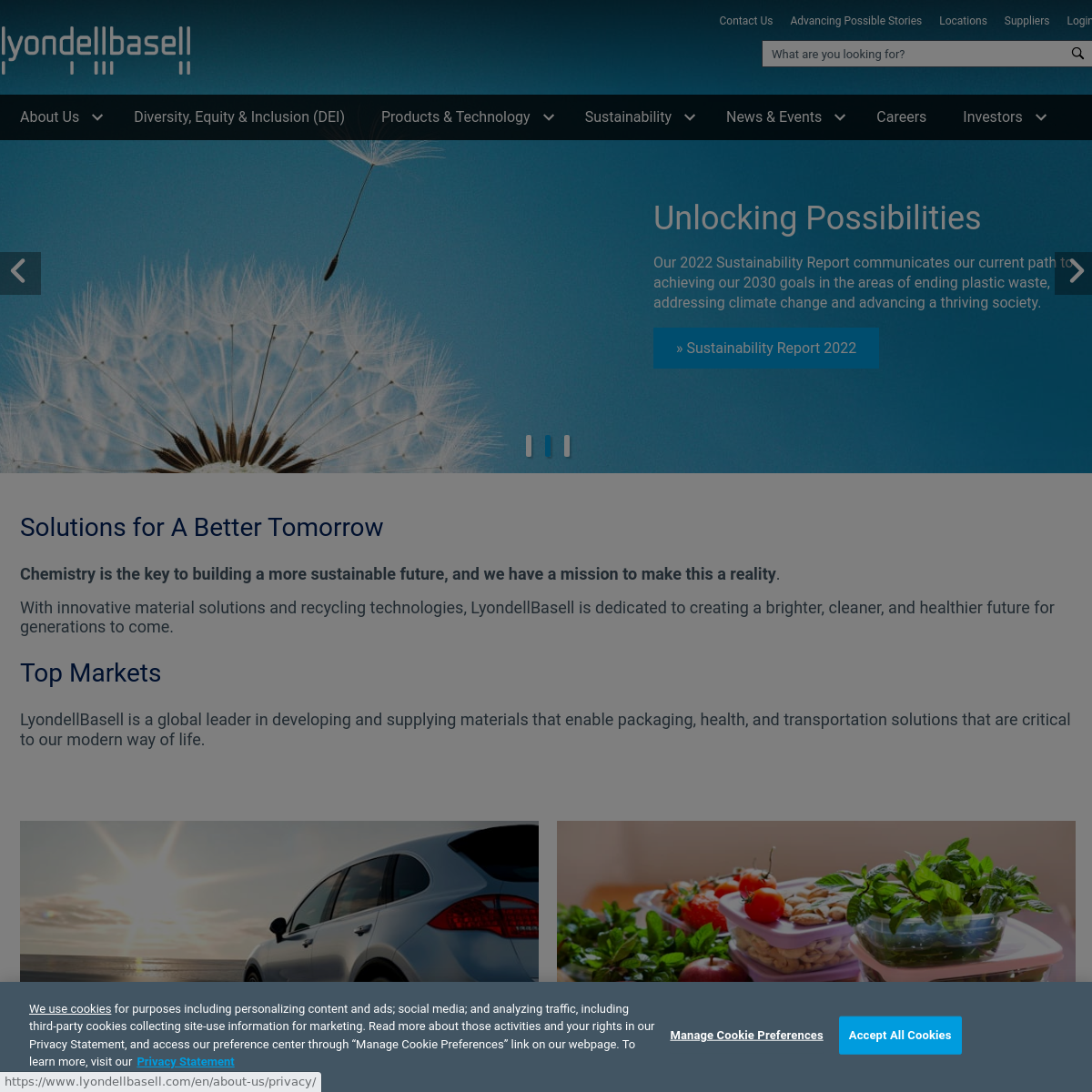