Murphy Oil Corporation is an American petroleum and refining company formed in 1949 by Leon Murphy. The company has its headquarters in El Dorado, Arkansas.

The corporation's former name was MurTex operations until 1999 when it changed to Murphy Oil Corporation; before that it traded on the New York Stock Exchange under the symbol MUSA. It is also a Fortune 500 company and has been included in the Fortune Magazine's list of America's Fastest Growing Companies for ten years in a row, from 2001 to 2010. 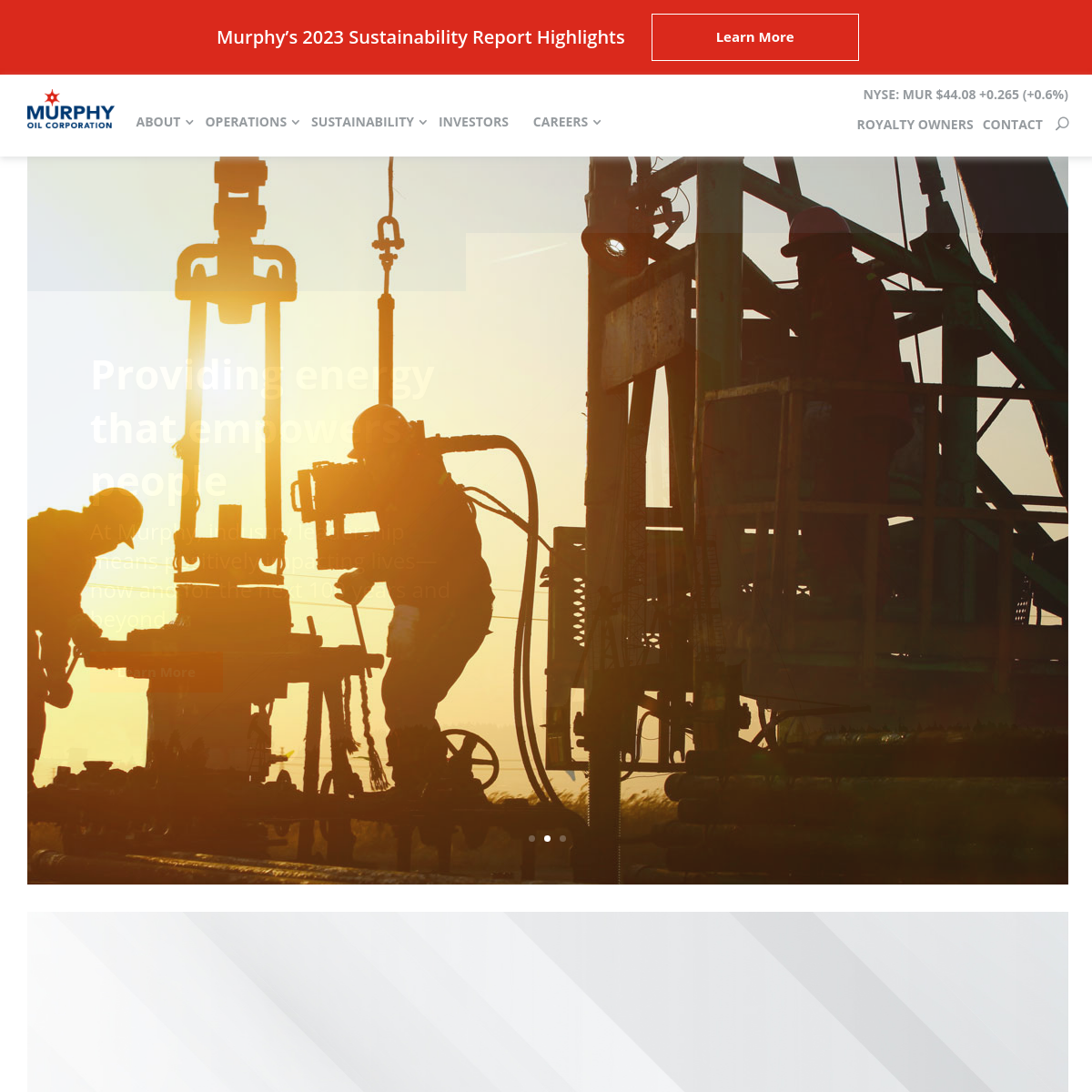