The Neiman Marcus Group Inc. is a luxury department store chain with 38 locations in the United States.

Founded by Herbert Marcus, Sr., Carrie Marcus Neiman, and A.L. Neiman in 1907, the company was initially called "Neiman-Marcus", but later changed name to "Neiman Marcus" because of anti-German sentiments caused by World War I. The store's original location was at the corner of Elm Street and Ervay Street in Dallas, Texas, where it still stands today. Today all of their products are exclusively designed by private designers including names such as Georgio Armani, Valentino, Vera Wang, Christian Dior, Fendi, Jean Paul Gaultier, Todd Oldham, Karl Lagerfeld, and Donatella Versace.

The company is headquartered in Dallas, Texas. In June 2009, there were rumors that the company might go private or be acquired by another company. In September 2011, Neiman Marcus filed for an initial public offering. The Commonwealth of Pennsylvania owns 12% share of Neiman Group Inc. but does not own any Neiman Marcus department stores. 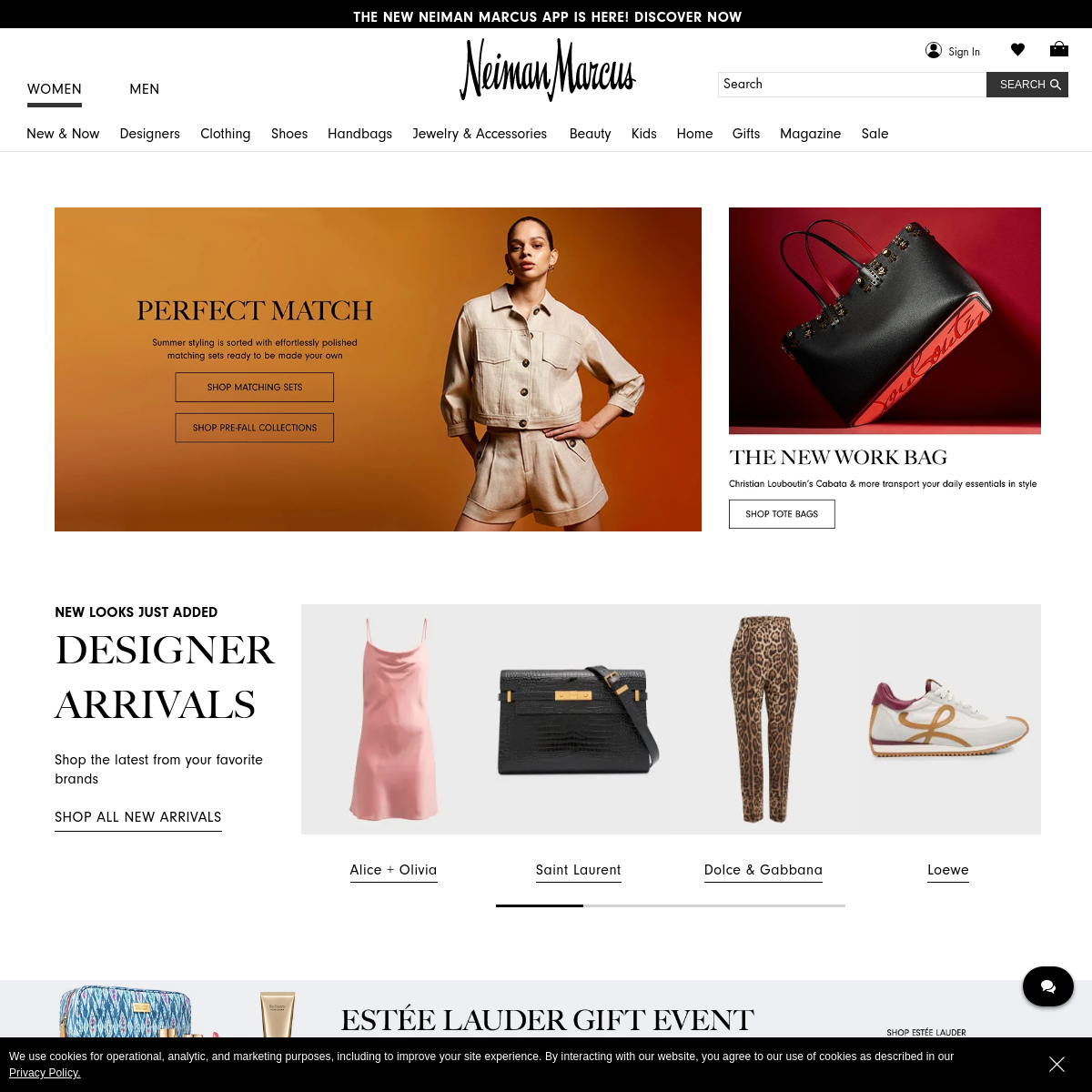