Pall Corporation was officially founded in New York City in 1933 by two men who combined their names to form the business moniker, one with "pall" meaning stage curtain in French and the other with "corp" short for corporate. The company logo summarizes this history with a dark blue tag line underlining the word "pall." 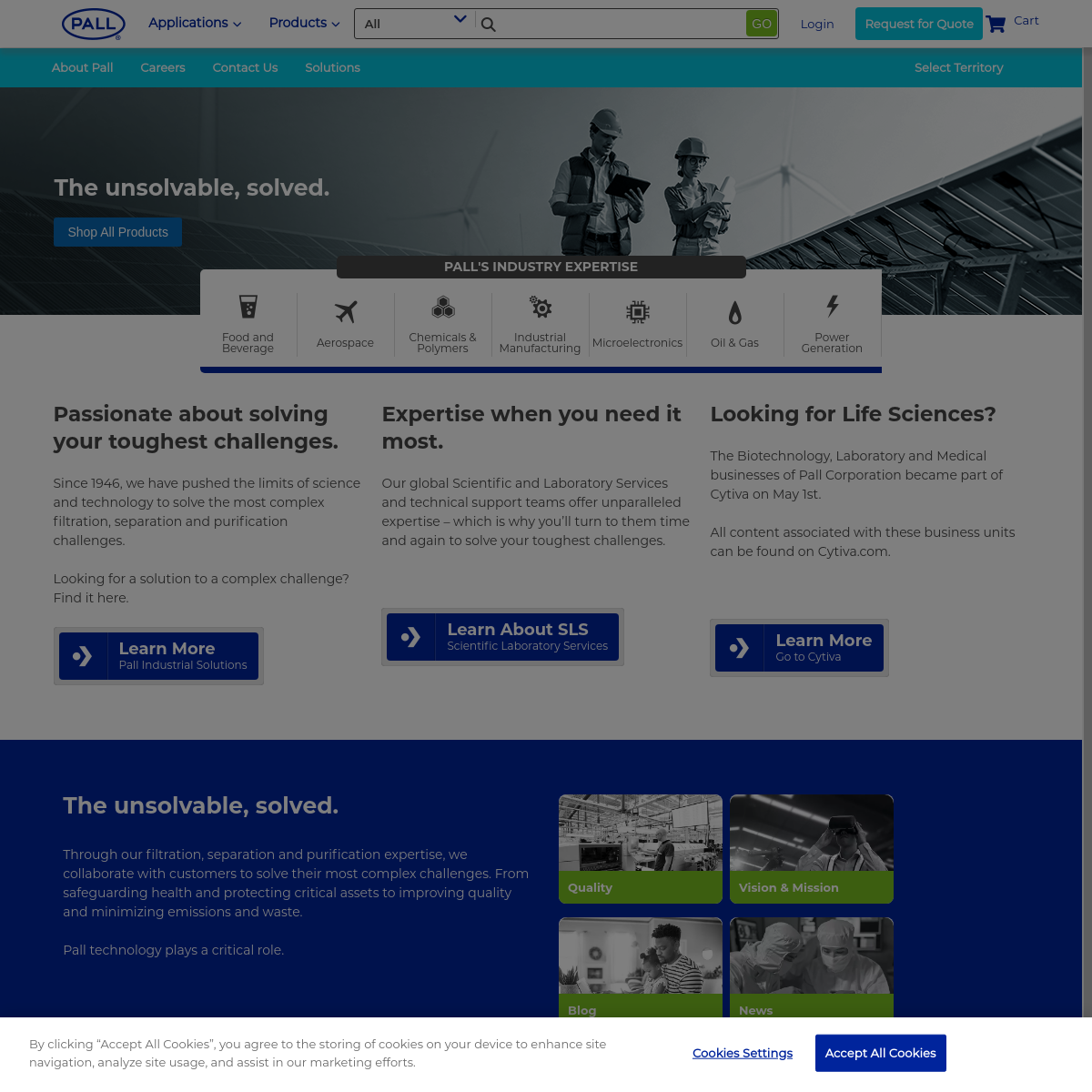