PepsiCo is an American multinational food, snack and beverage corporation that employs more than 273,000 people around the world. Headquartered in New York City, the company operates its business through two divisions: Frito-Lay North America (FLNA) and Quaker Foods North America (QFNA). PepsiCo was formed in 1965 with the merger of the Pepsi-Cola Company and Frito-Lay. At their annual shareholder's meeting on December 4th 2015, they announced a change to their name from "PepsiCo" to "Pepsi", dropping the last word.

The company focuses on five main divisions: soft drinks (led by Pepsi and Mountain Dew), global snacks (led by Lays and Ruffles), global beverages (led by Gatorade and Aquafina), Frito-Lay snacks in the US (led by Lay's, Ruffles, Cheetos, Doritos and Tostitos) and Quaker Foods.

PepsiCo employs over 260,000 people across their operations in 200 different countries. Headquarters are located in New Bern, North Carolina where they also maintain production facilities for many of their global beverage brands including Mountain Dew and Gatorade.

The majority shareholder since 2015 has been Berkshire Hathaway who now own 93% of shares between them; however the remaining 7% remain on the market for trade. 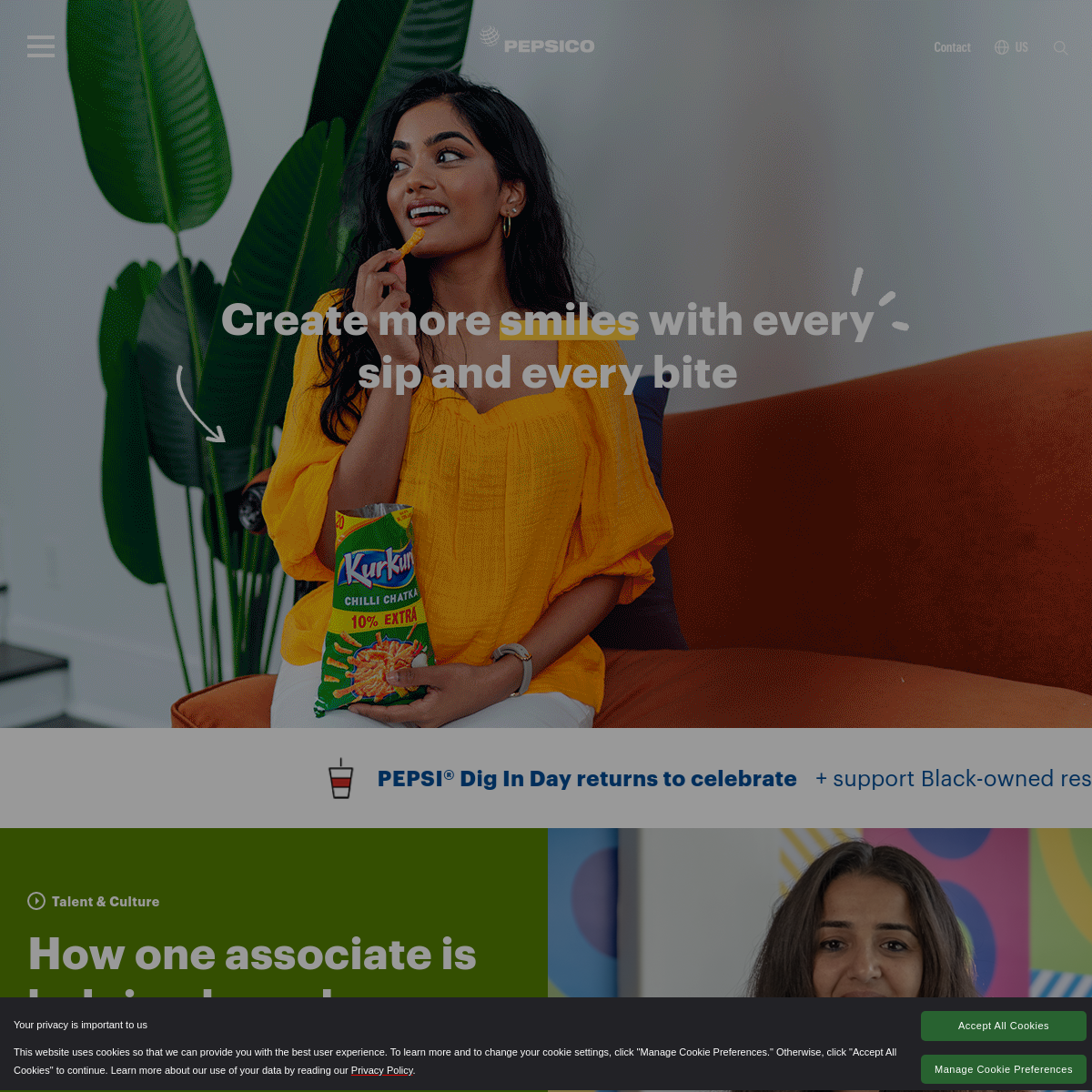