From the late 1940s through the early 1980s, Phillips Petroleum Co. was one of the Seven Sisters which dominated the global petroleum industry. In 1998, Phillips Petroleum merged with Conoco Inc., becoming ConocoPhillips. The "Phillips" name remains on all its U.S. operations as a symbol of heritage and excellence for its employees.

Conoco Inc., was an American oil company founded in 1875 as the Continental Oil and Transportation Company. It is now a brand of gasoline and service station in North America owned by British-Dutch multinational Royal Dutch Shell. 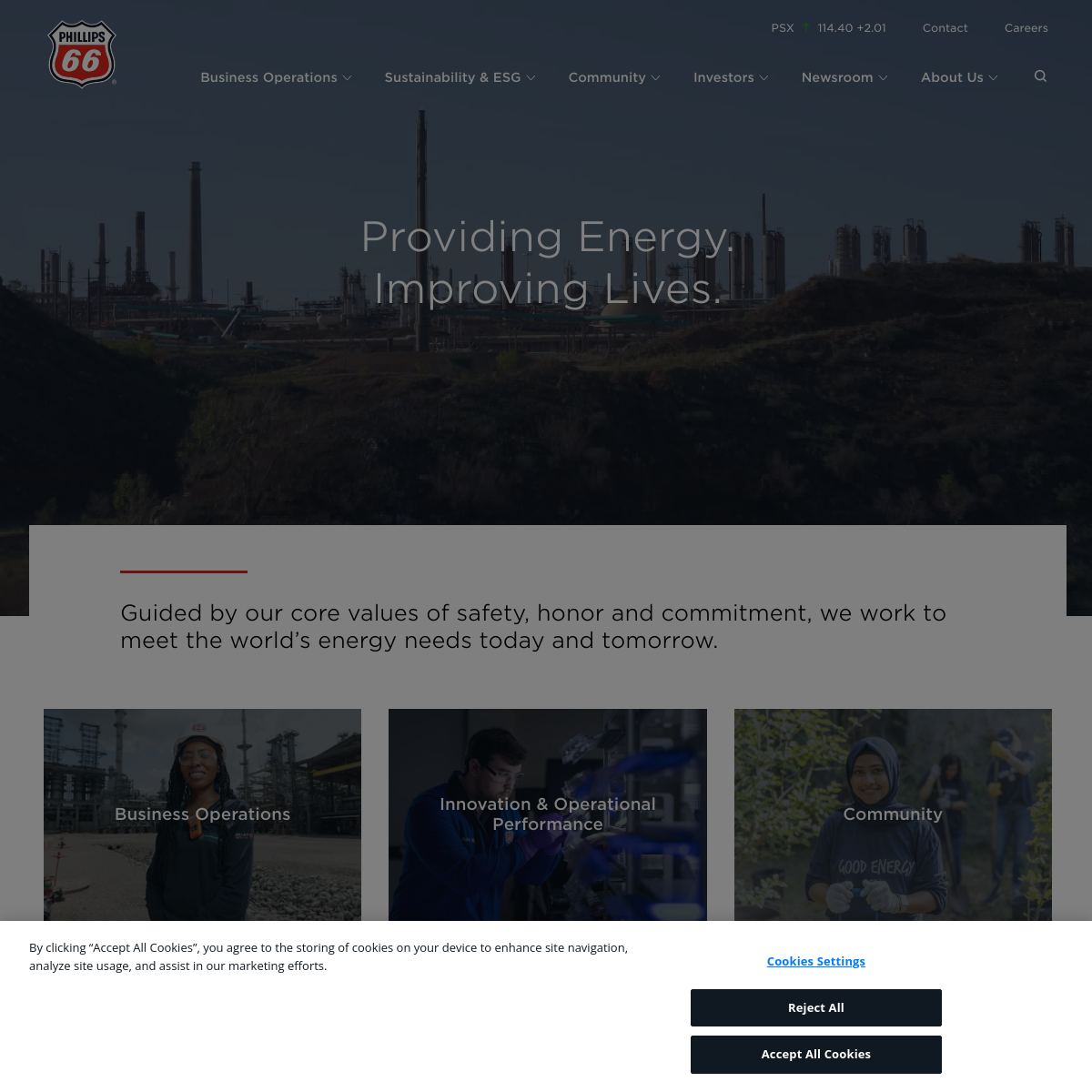