The Pilgrim's Pride Corporation was founded in 1946 by Arthur W. Pierce, a Texan farmer who became the "father" of the modern chicken industry. Initially it was a feed store selling supplies to local poultry farmers, but soon expanded into processing chickens and offering them for sale directly to consumers. In 1964 Pierce died and his son Lonnie took over as president at age 27. It wasn't long before he bought out his father's partner and began expanding their brand across the United States.

Pilgrim's is now a multi-billion dollar company that operates multiple facilities throughout the world including Brazil, Mexico, Japan, Thailand, Canada, South Africa and even China! They process more than 45 million chickens per week into products sold in supermarkets and restaurants around the world. Pilgrim's employs more than 43,000 full-time employees with 800 facilities that are run by approximately 2,800 managers. 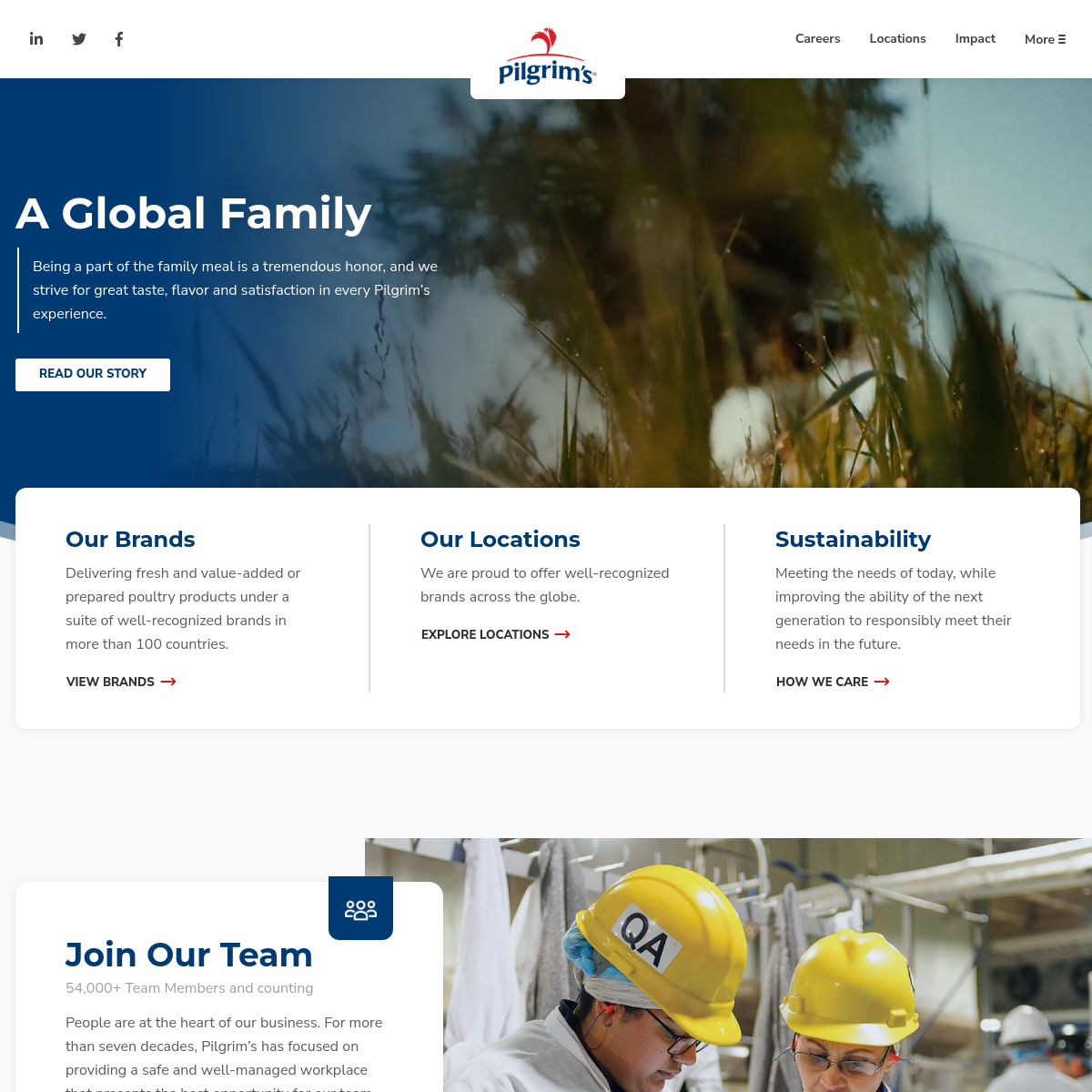