The Potlatch company is a forestry company located in North Idaho. The company began as a sawmill operation near Pierce, Idaho with the name of Potlatch Lumber Company in 1905. However, it wasn't until 1928 that the company's headquarters moved to its current location in Lewiston.

Since 1916, all of the company's business has been vertically integrated, meaning that they control every step of the process from harvesting their own land to producing finished lumber products. As well as owning standing timberland for future growth, they also own several mills which produce different types of treated wood and particleboard.

In addition to lumber production and milling, The Potlatch Company is involved in many different fields such as real estate development and agriculture. For example, they own over 1,000 acres used for apples and pears that are processed at their plant in Washington state.

Today, The Potlatch Company is still owned by the descendants of C.W. (William) Potter who was one of three co-founders when it was first incorporated in 1913 under its former name: Idaho Timber Industries. 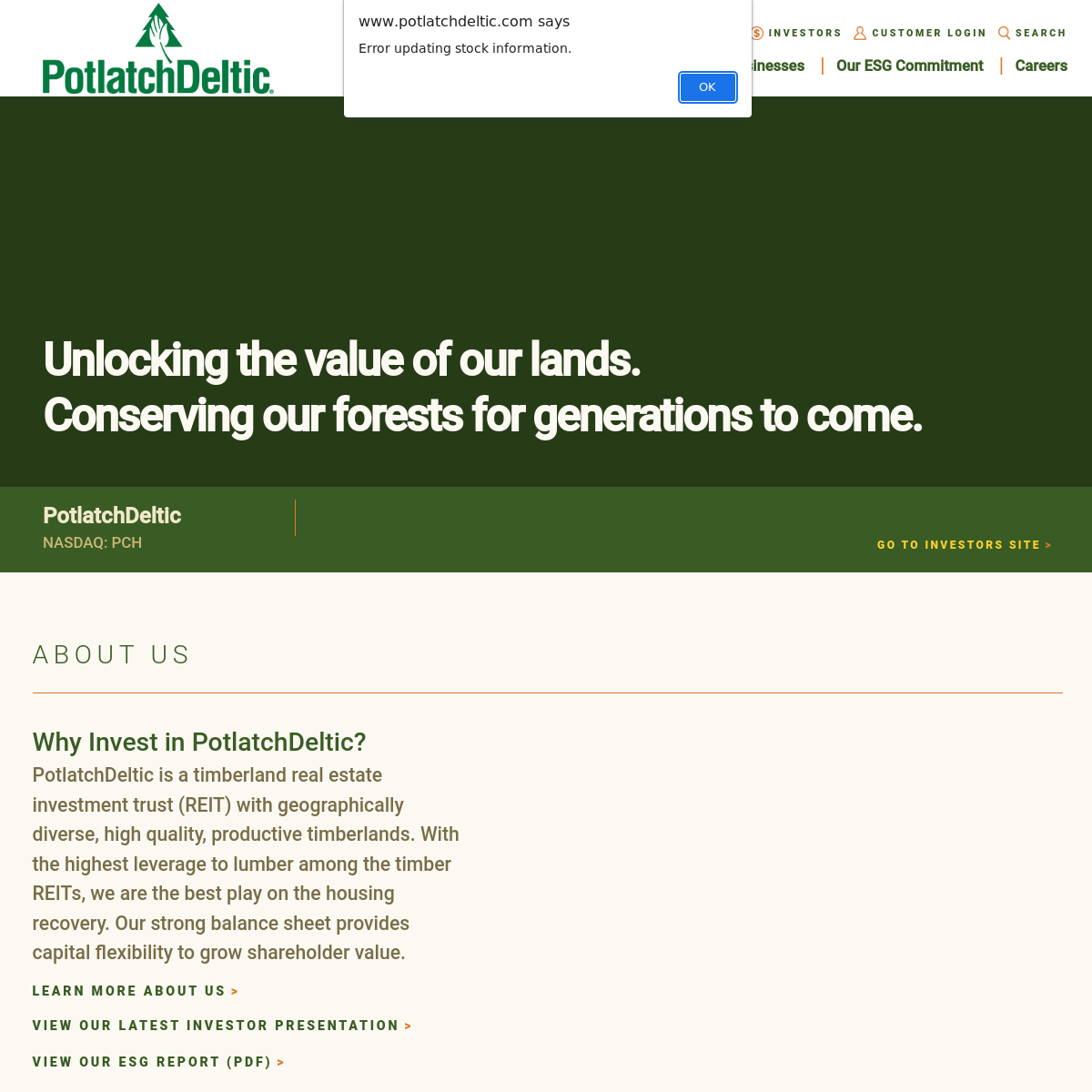