Progressive is the fourth-largest auto insurer in the United States. It was founded in 1937 by Joseph M. Lewis; its current CEO is Glenn Renwick.

Progressive's original marketing strategy was to provide insurance directly to high-risk drivers, including those who had recently caused accidents or had been denied coverage by standard insurers. The company later expanded its offerings and now serves private clients in 48 US states; it also underwrites policies for around one million customers through affiliated companies in Canada and England, where it operates under the name "Progressive Direct" rather than Progressive Insurance.

The company holds a 34% market share, behind Farmers at 37%, State Farm at 33%, and Allstate at 8%. Following several years of relatively poor performance, culminating in a $227 million loss for 2006, Progressive was named by "Fortune Magazine" as the most admired company in the insurance industry in 2007. 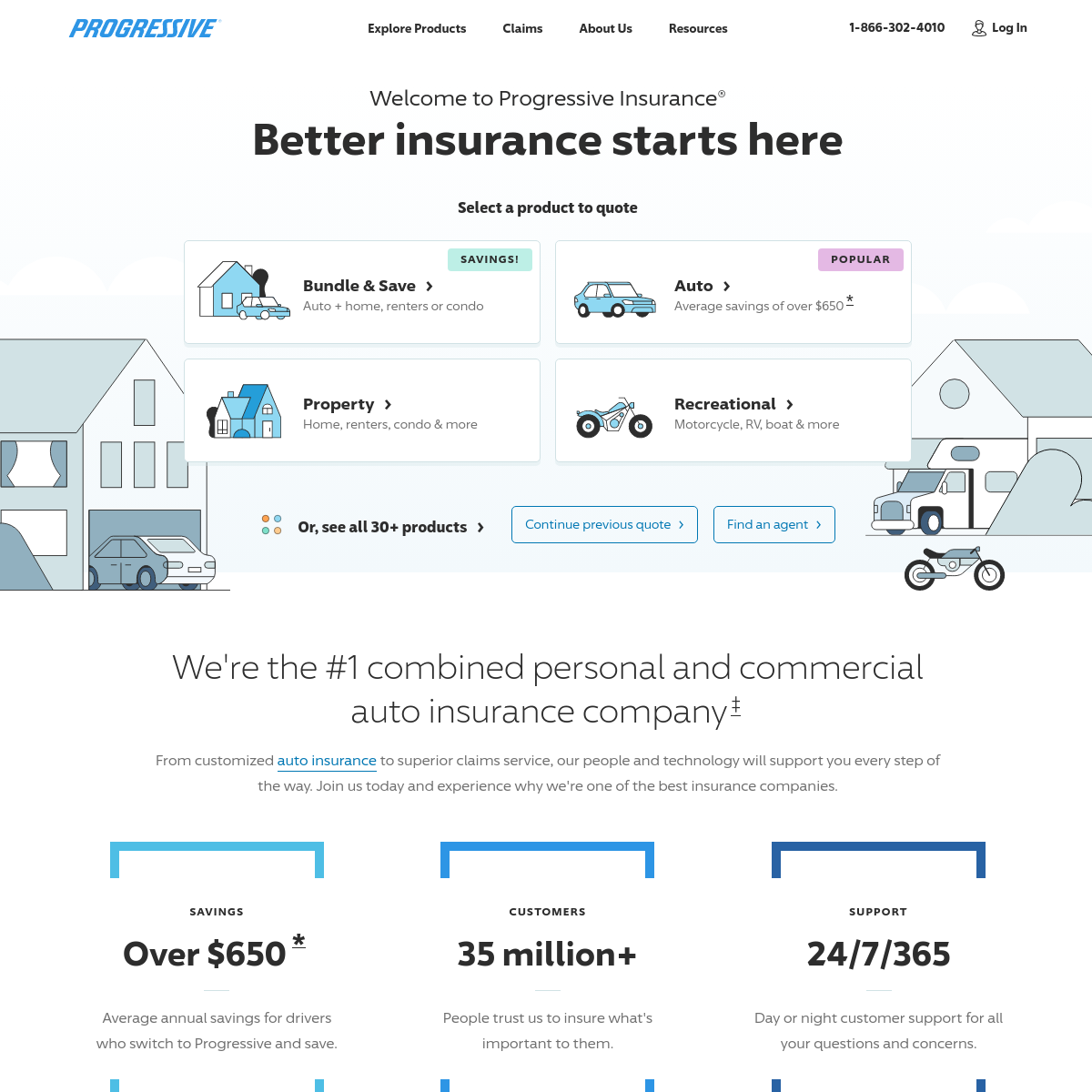