Qualcomm Incorporated is a USA multinational semiconductor and telecommunications equipment company. It is the biggest rival of Intel Corporation in the technology industry. Qualcomm was started in 1985 by seven engineers; it went public two years later and became the world's largest supplier of chips for cellular phones in 1998. Today, they produce processors for smartphones and tablets.

Qualcomm focuses on four areas: CDMA technology, which enables multimedia phone calls and high-speed data transmission; broadband hardware such as base stations, gateways and modems; networking through the purchase of Atheros Communications in 2010 ; and mobile device processors. Qualcomm also licenses wireless patents to other companies, although it was ordered by the Federal Trade Commission to stop doing so. The company is based in San Diego, California, with locations throughout Asia, Europe, and North America. 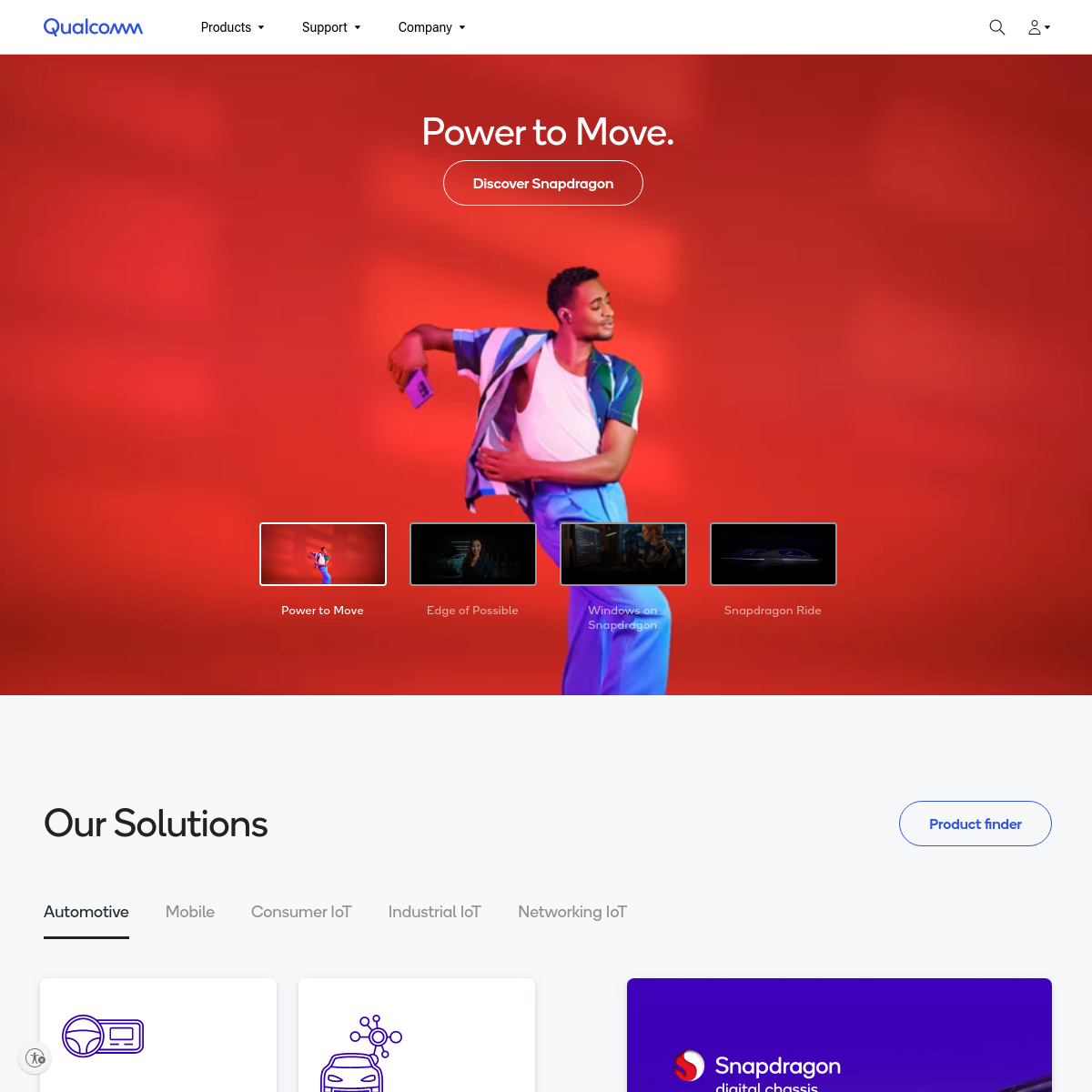