Raymond James Financial was founded in 1962 by C. Robert Raymond and Dorothy James. The company went public in 1986 and joined the New York Stock Exchange (NYSE) in 1991. In 2000, it began a strategic expansion into complementary financial services, starting with its investments in small broker-dealers that were united under the SunAmerica Financial Group umbrella.

In December 2005, James M. Prokopanko became president and chief executive officer of Raymond James Financial Company. He held this position until January 2017 when he was replaced by Paul Reilly who is also a board member of the company. Previously, he served as CEO of UBS Wealth Management Americas from January 2003 to December 2006. 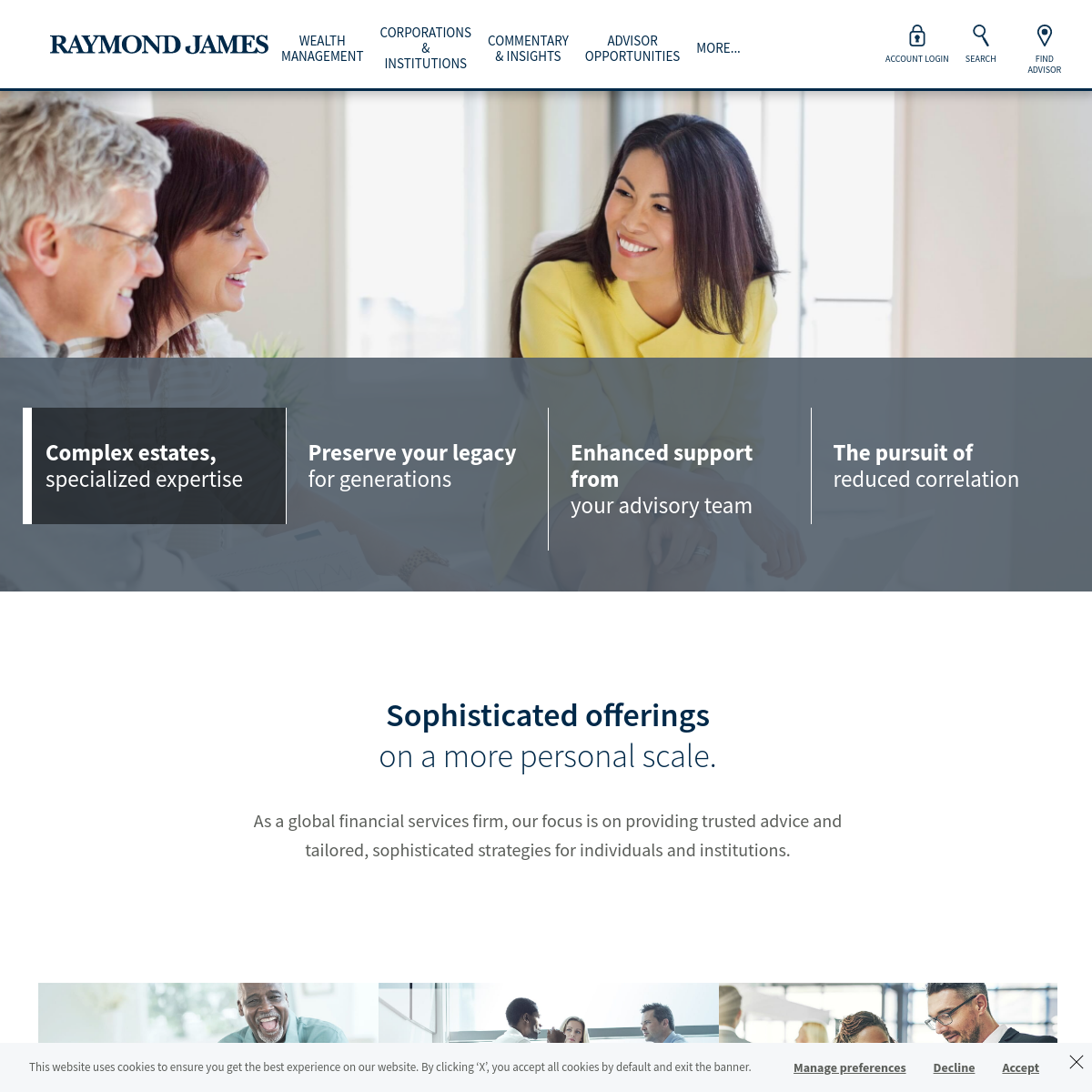