Swift Transportation is the world's largest trucking company in terms of fleet size, according to their website. They are an American trucking company with headquarters in Phoenix, Arizona. Swift has over 17,000 trucks on the road and over 100 offices across America.

Starting out in California in 1945 as a two-truck operation run by Merrill "Blackie" Swink and Carl Williams during WWII when there was a shortage of long haul drivers available to move goods westward due to soldiers being called into battle overseas, Swift has grown into one of the biggest trucking companies in the world.

They have even made cameos in popular television series like Cheers, Walker Texas Ranger and Las Vegas. They were also featured in the 1990 film "Flashback" with Dennis Hopper and Kiefer Sutherland.

Swift has won multiple awards including Fleet Carrier of The Year by Transportation Topics three times in 2002, 2003 and 2010. Swift started off as a mostly California-based trucking company but expanded into Illinois when they merged with Quicorp in 2008. 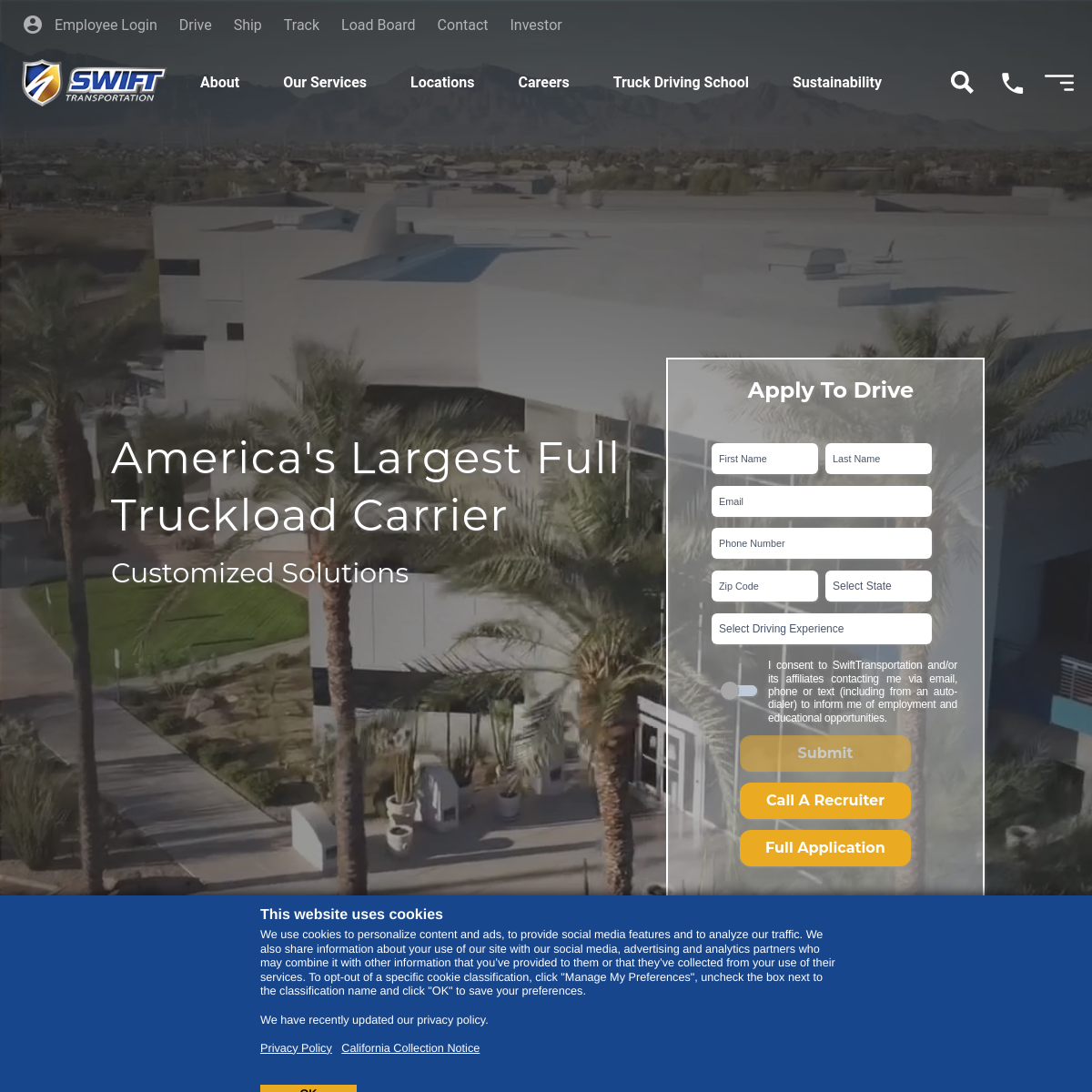