Toll Brothers Incorporated is one of the largest luxury home builders in the United States. The company has its headquarters located in Horsham, Pennsylvania. Toll Brothers primarily builds single-family detached homes, townhouses, condominiums, and villas

Toll Brothers was founded by Robert I. Toll in 1967 as a publicly traded homebuilding firm headquartered in Huntingdon Valley, Pennsylvania. A year later they started selling their first homes on an open land development near Philadelphia. Over the years they have built more than 300 communities that are now home to more than 20 000 families.

By 2004 Toll had become one of the country's top ten homebuilders with operations coast to coast and annual revenues close to $1 billion. In 2006 Toll bought more land in New Jersey, Florida and California to build more luxury homes on. 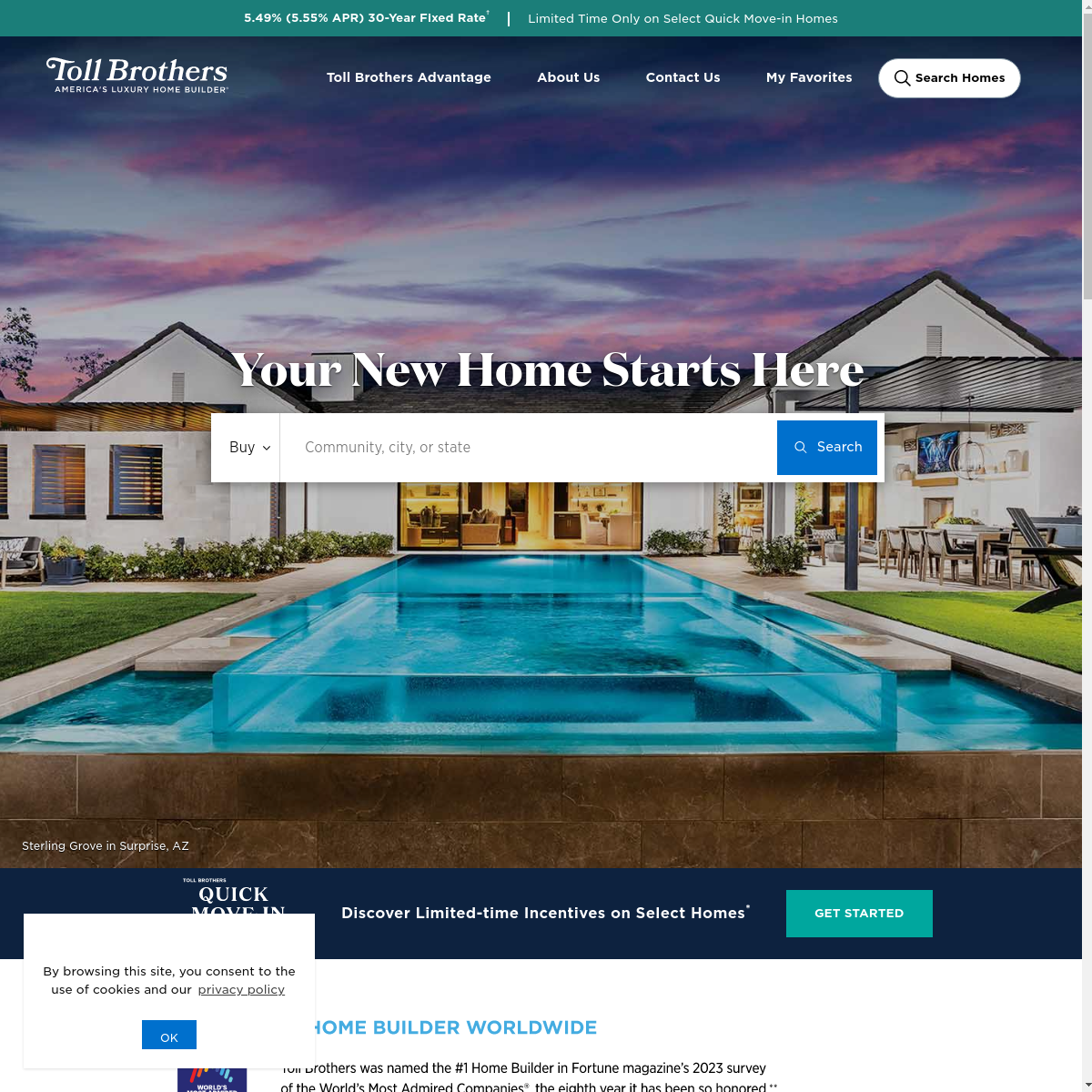