The Toys `R` Us company was founded in 1948 and is known as the world's largest toy store chain. Over 1,500 stores operate worldwide and it specializes in toys for children of all ages. This includes infants, toddlers, young children and teenagers who are interested in video games and other entertainment media.

Toys `R` Us began as a small baby furniture shop operated by Charles Lazarus on March 20th, 1948 . It soon became apparent that there was a demand for baby products from young parents who needed help choosing gifts for their babies. In 1957 , Lazarus opened up his second store which mainly focused on toys rather than baby products. By the end of the year he had successfully launched a franchise program which led to a rapid expansion of the company. More locations were opened up across the United States and Toys `R` Us was well on its way to going international.

In addition to selling toys, the stores also hosted birthday parties for children, provided a variety of entertainment options such as train tables and play areas. In 1985 , the company launched a loyalty program called " Geoffrey 's Birthday Club " which would reward loyal customers with special offers and discounts throughout the year. There was even a mascot in the form of Geoffrey, the giraffe that appears in many of their promotional materials today. Additional services included carousel rides that could be paid for through an additional fee while shopping in-store.

Toys `R` Us Logo Use Example 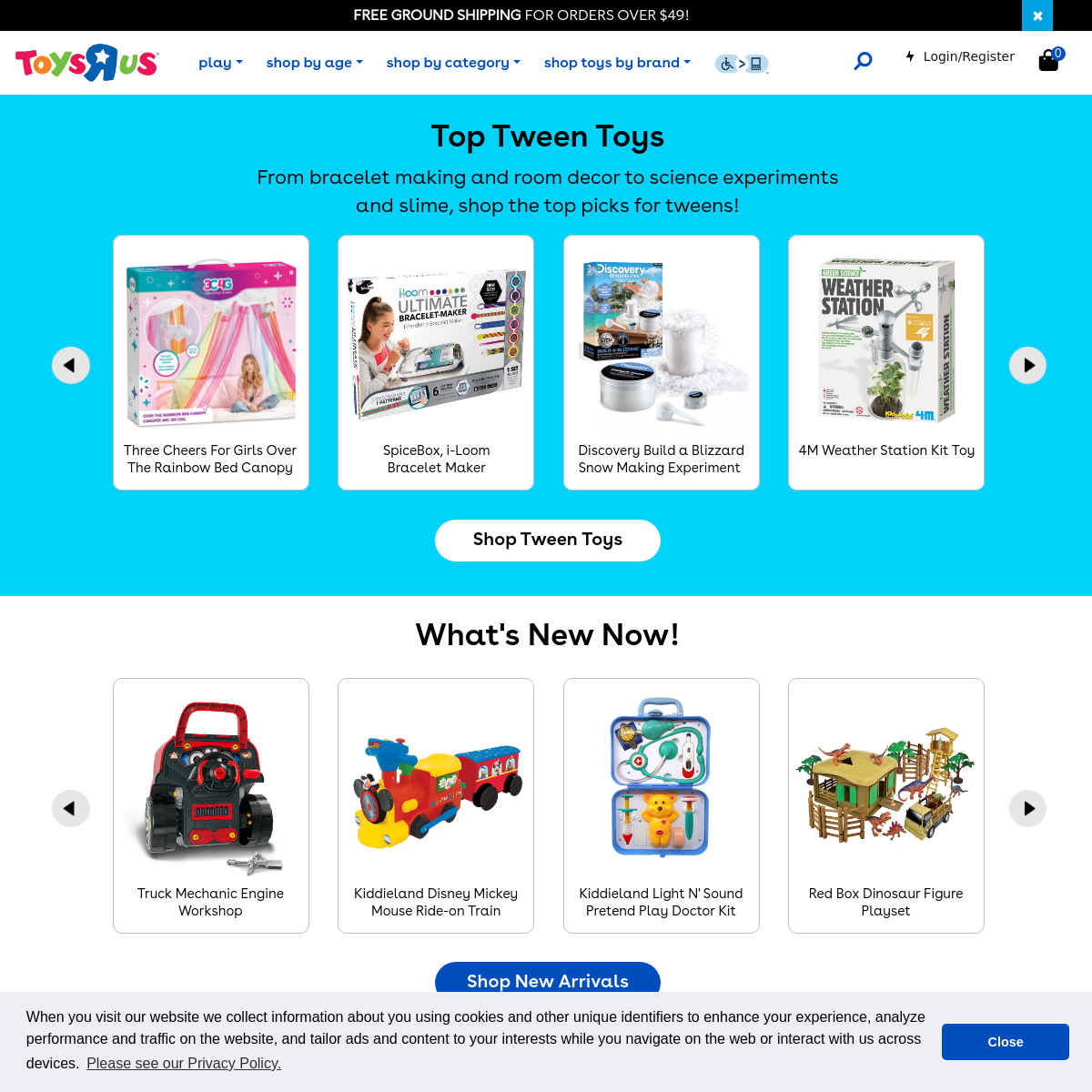