The Travel Centers of America (also known as TA and Petro) is a chain of truck stops in the United States. It is headquartered in Westlake, Ohio and is wholly owned by Marathon Petroleum Corporation. The company operates over 360 travel plazas and convenience stores in 41 states, which serve an estimated 150 million customers each year with pump sales and other services including food and diesel fuel.

In 1971, Fred Hagman opened the first Travelcenter outside Gallup, New Mexico on U.S Route 66 alongside Interstate 40. In 1976, Hagman sold it to Oil Consortium Inc., who expanded the business through purchasing additional truck stops from private owners. In 1985 Oil Consortium changed its name to Consolidated Holdings Inc., and consolidated all of the holdings under TA-Petro, the new corporation is formed.

In 1986, Consolidated Holdings sold its TA Travel Centers to Marathon Oil Company for $200 million. Marathon bought out the truck stops from competitors such as Holiday Inn and Chevron by 2001; they also built a Private Brand products division in 2003. TA-Petro opened its first stand alone restaurant at a travel center in 1989: "The Cracker Barrel" (which eventually closed in 2012). In 1992 TA expanded into retailing with its first convenience store: "Trig's".

In 2001, Marathon purchased what remained of Kwik Trip Inc.'s travel plazas for $290 million; these locations were rebranded under the name TA and Petro in 2002. In 2004, Marathon bought Diamond Oil Corporation and rebranded its remaining Travel Stops & Country Stores as TA-Petro, which is the only company to remain under direct control of Marathon Petroleum.

Today there are more than 360 Travel Centers across 41 states. 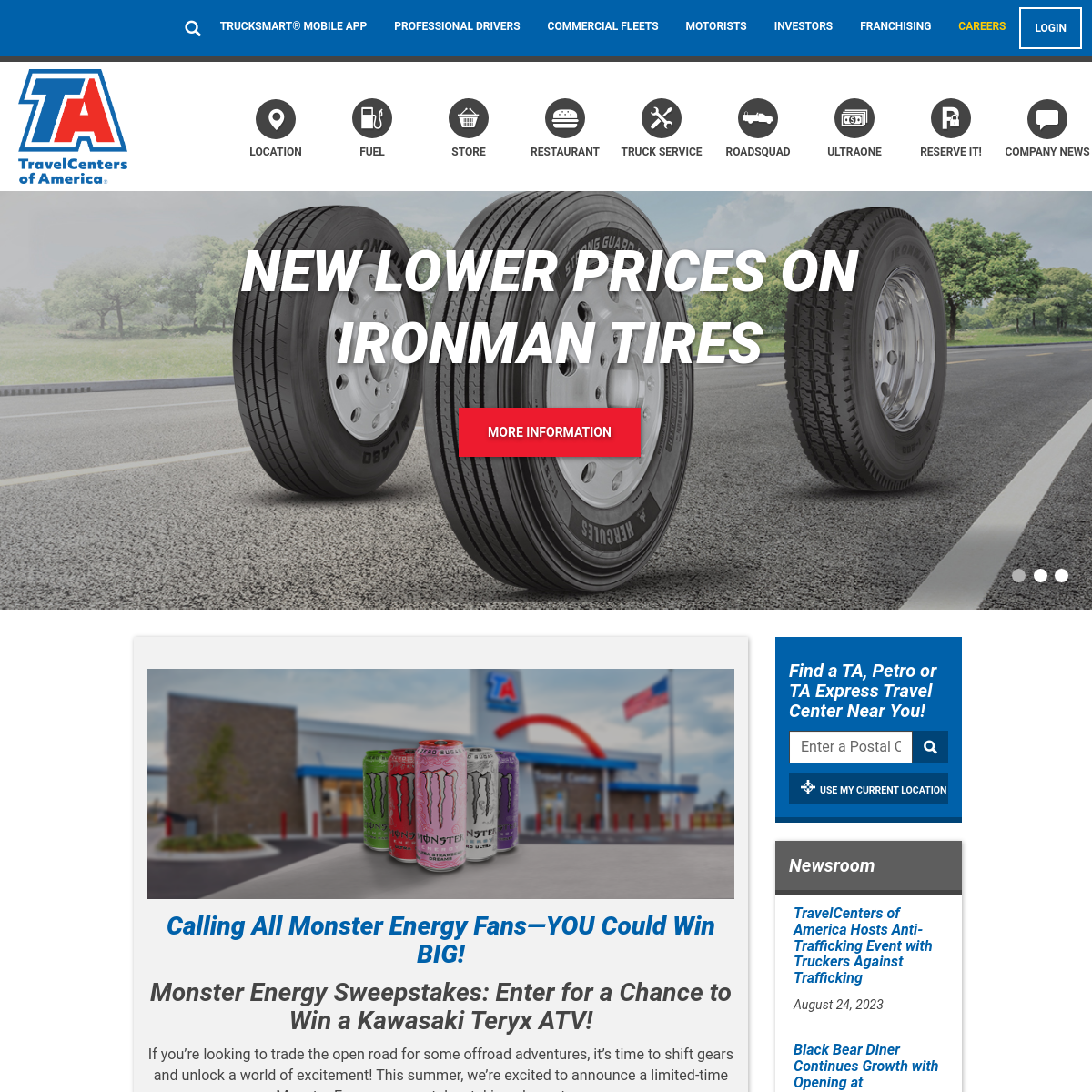