Vishay Intertechnology, Inc., a Fortune 500 company with annual revenues of more than $3.5 billion, is one of the world's largest manufacturers of discrete semiconductors (diodes, MOSFETs, and infrared optoelectronics) and passive electronic components (resistors and capacitors). Headquartered in Malvern, Pennsylvania USA, Vishay has operations or sales offices in the Americas, Europe, Asia Pacific regions, and India.

Forbes rated Vishay #652 on its World's Biggest Public Companies list. As an example of Vishay Intertechnology's international activity: it opened new thin-film transistor liquid crystal display thin-film transistor laboratories in Shanghai China in 2012 to support thin-film transistor research and development efforts for LCD displays. Vishay Intertechnology is also involved in the production of multichip semiconductor packages, which combine two or more discrete semiconductors as a single unit, such as its BGAs (ball grid arrays), which combine analog and digital functions.

More than 50 percent of Vishay's revenues are derived from products manufactured outside the United States. 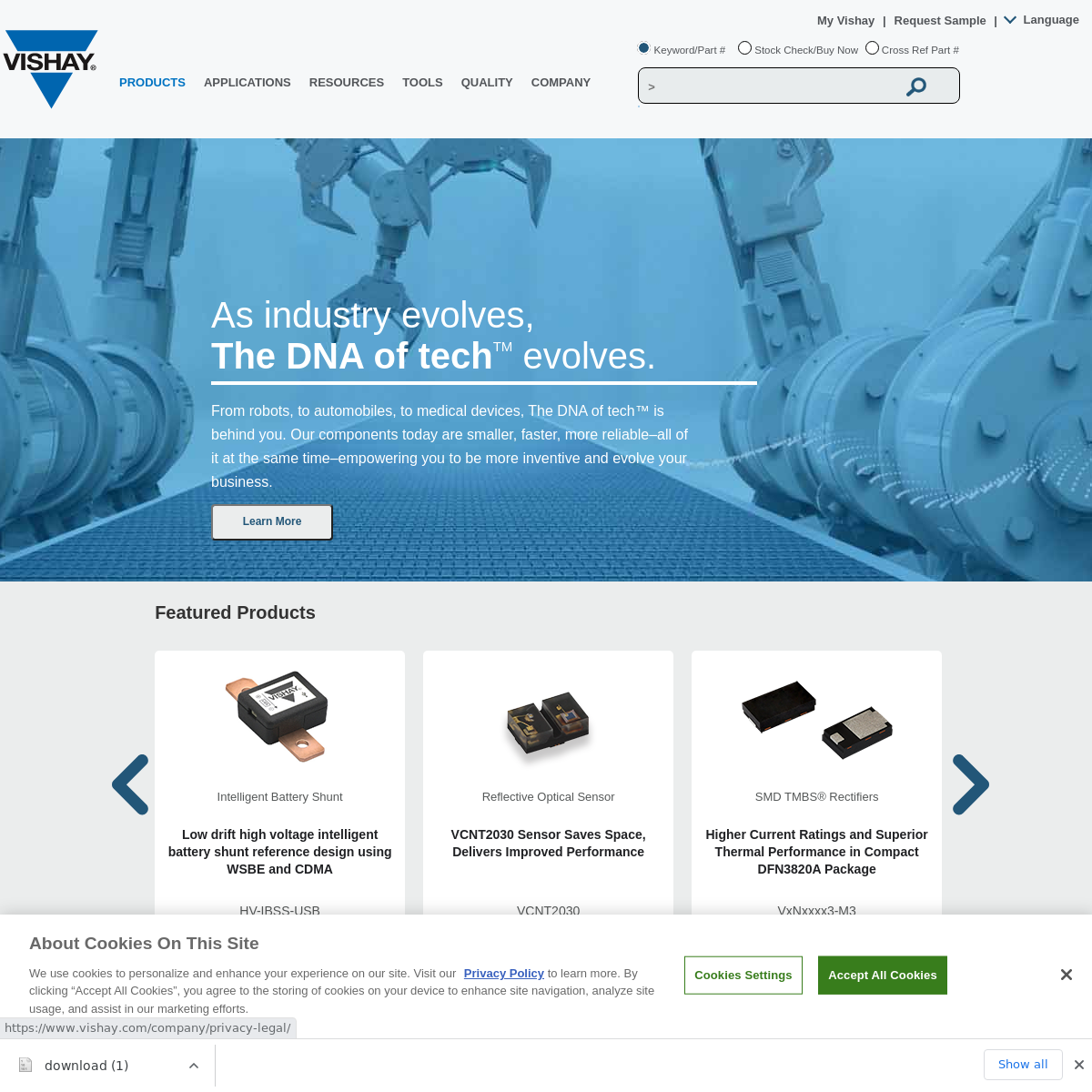