Waste Management Inc. is an American environmental services and waste management company, headquartered in The Woodlands, Texas. Waste Management has over 20 million customers in residential, commercial, industrial and municipal markets across North America through its subsidiaries. It provides collection, transfer, recycling and resource recovery, and disposal services. The name was changed to WMX Technologies beginning on November 14, 1996 before returning to Waste Management on June 1, 2000.

Waste Management began in 1970 when businessman Larry Beck founded 'Hauling By The Box' with $5,000 of his own money and $8,000 from family friend John Jordon. Operating out of a garage the company had six trucks which serviced 100 customers. It was called Waste Removal & Disposal Inc. in 1971, then it became Waste Management Inc. in 1972 after quickly expanding into the Houston market. With almost $200,000 in sales revenue by 1974 the company continued to grow and acquire new customers rapidly throughout Texas.

Waste Management has helped reduce landfill usage at both ends of the business cycle through recycling and source reduction; it also developed cost-effective means for communities to reduce their waste disposal costs. The company's stock price went public in January 1972 (ticker symbol WM), but like most corporations at that time was still closely held by founder Larry Beck and family members.

"By 1980 its focus had shifted more toward environmental concerns; waste management no longer appeared on the corporate logo" "and it became the object of several takeover attempts. These were rebuffed until 1997, when it accepted a $13.9 billion buyout offer from the Texas Pacific Group (TPG)." 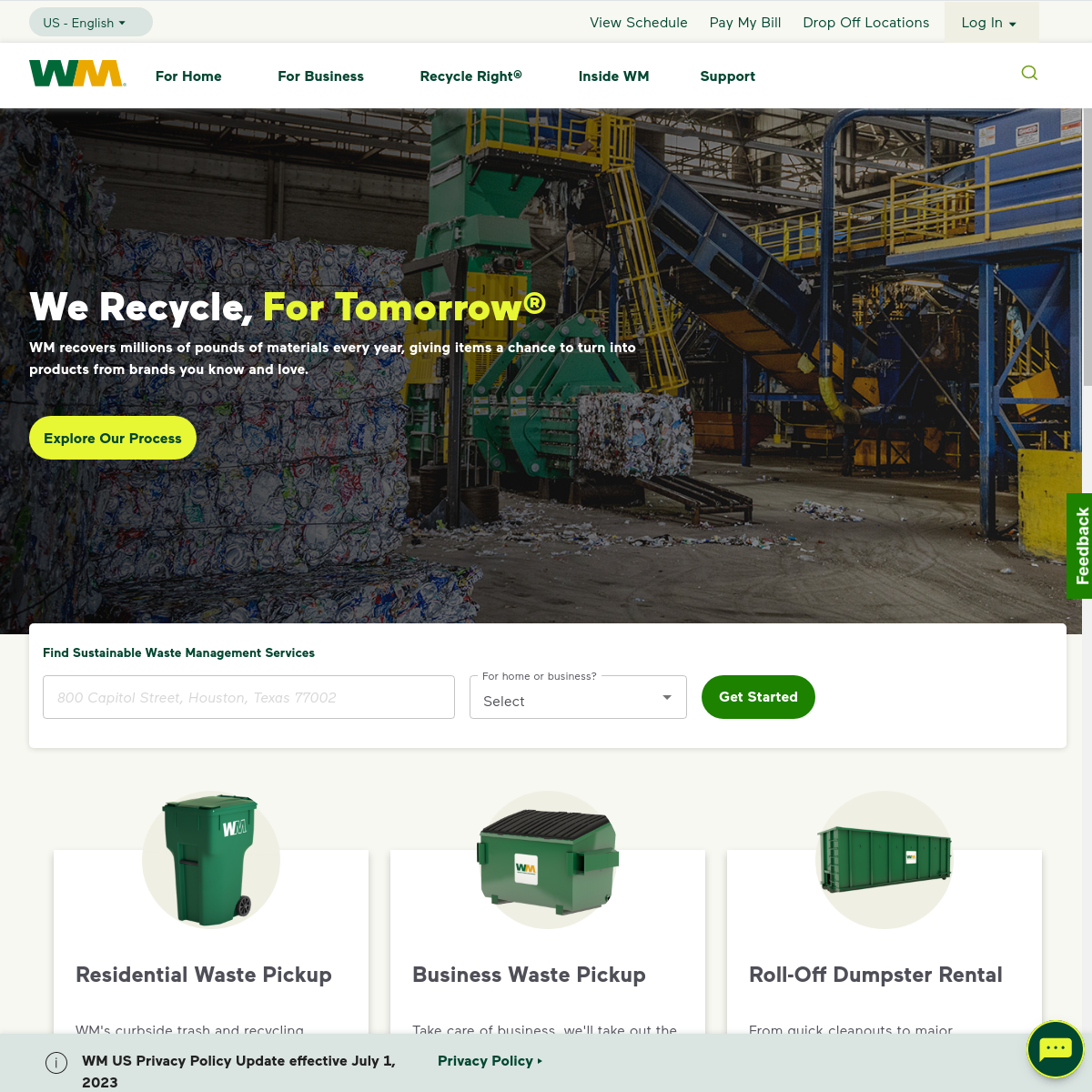