Williams-Sonoma, headquartered in San Francisco, California is a leading company involved in the culinary industry. It was founded in 1956 by Chuck Williams and Paul Sonheim. The first store was founded near San Francisco's North Beach region where it still stands today. Over the years, many new concepts have been added to their retail offerings including Pottery Barn, West Elm, Sur la Table, PBteen and more. The name of the company has gone through some changes over time as well; it began its life as Williams' Mercantile Company but later shortened its name to just Williams & Sonoma then finally switched to the hyphenated version that is known today around the world.

One of their most notable products are cast iron skillets. The founder, Chuck Williams, spoke about his love for cast iron skillets in an interview almost twenty years ago. He once said "the two most important words in the English language are 'season' and 'clean'."

Williams-Sonoma is well known for their slogan that reads "cooking isn't just about eating, it's an adventure". This echoes the idea of cooking being fun and exciting. Their website also provides recipes to users so they can try out new dishes at home with family or friends. The company is well received around the world because of their wide selection of items including cookware, dinnerware, cutlery and more. 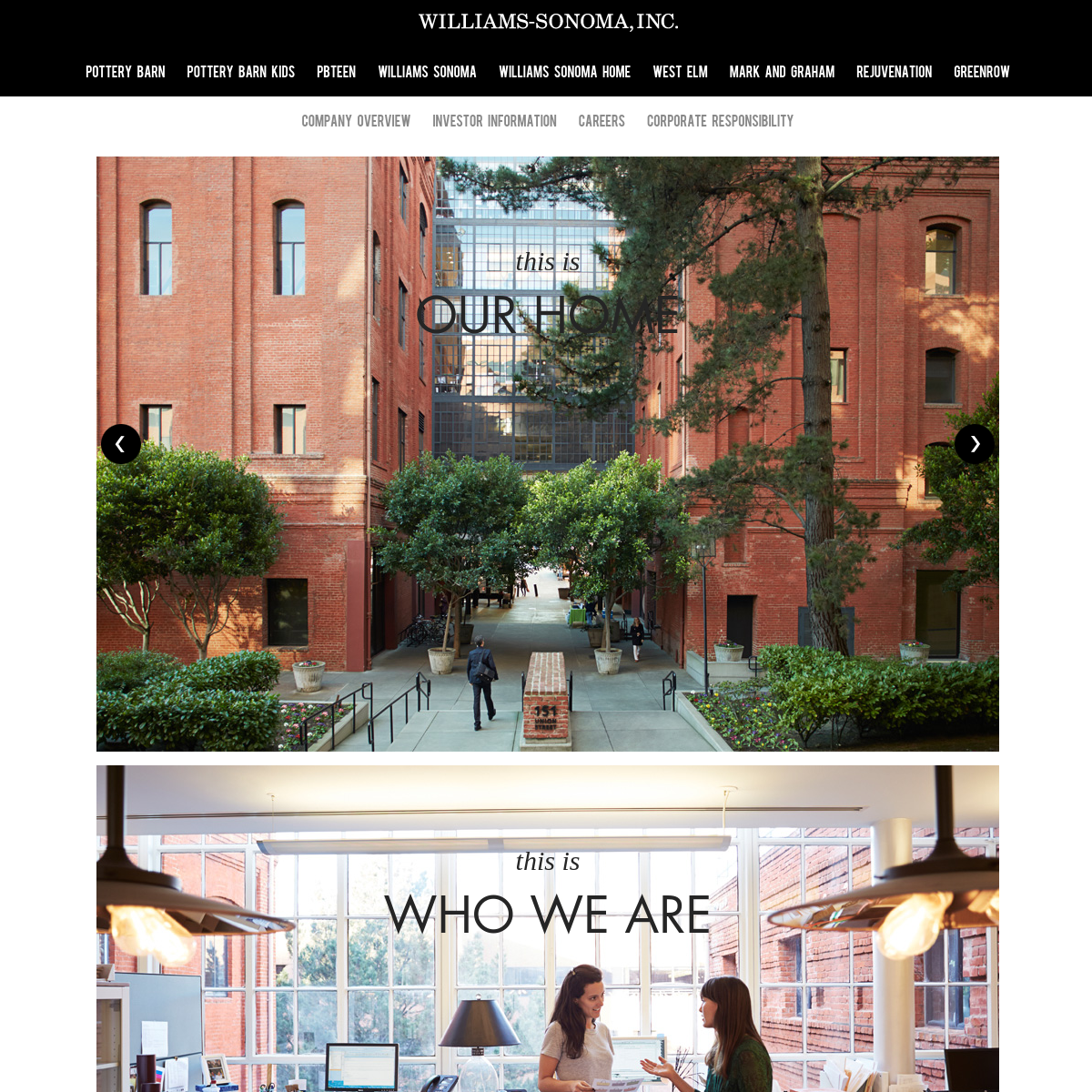